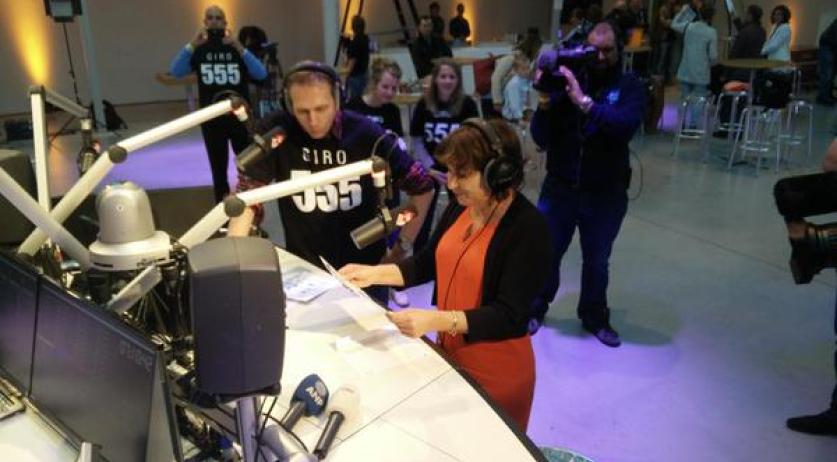 The earthquake in Nepal will receive a lot of attention today in programs on the Publieke Omroep, RTL and SBS. The national fundraising day kicked off at 06:00 a.m. on NPO Radio 2 and will continue until midnight.  The collaborating aid organizations united under Giro555 are calling on all Dutch people to donate money for emergency aid for Nepal. The death toll for the earthquake currently stands at at least 6,100 people, with thousands more injured or displaced. There is an urgent need for, among other things, tents blankets and medicines. For this action NPO Radio 2 will broadcasts from De Hallen in Amsterdam. A Giro555 cafe has been set up in the former tram depot, where people can come and donate money. There will also be performances, NOS reports. According to Giro555, 3,368,171.05 has been donated so far (07:15 a.m.). On television the action day kicked off at 07:00 a.m. on the program Vandaag de Vrijdag on NPO1. The amount donated so far will be revealed four times during the day, with the preliminary final amount announced around 23:50 on Friday night. Unlike with previous fundraising action days, such as the one for Ebola last year, there will be no call panel manned by Dutch celebrities. The celebrities will participate by calling on people to donate via social media. Participants include Sophi Hilbrand, Anita Witzier, Maik de Boer and Sylvana Simons.