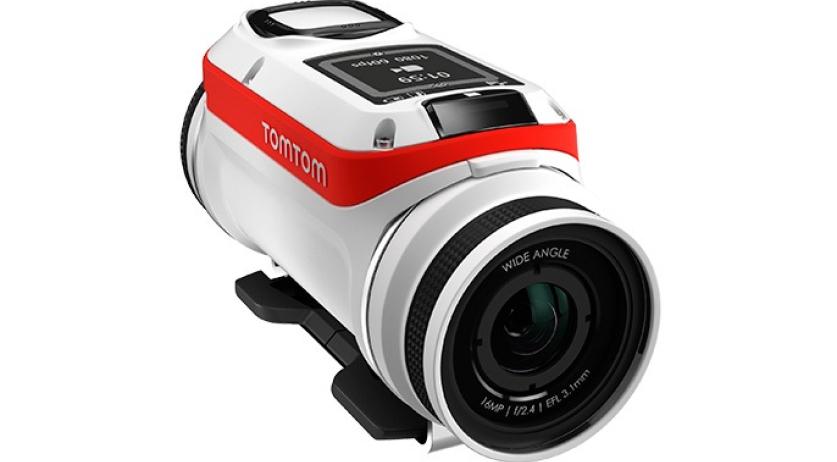 TomTom takes on GoPro camera as GoPro turns to VR

TomTom is releasing a new mountable action camera to compete against the likes of GoPro and Garmin, the Dutch company announced on Wednesday in Amsterdam. The firm claims its TomTom Bandit Action Camera will “shake up the action camera market” due to its built-in media server. At the same time, the leading action cameras provider, GoPro, will diversify, with plans to develop virtual reality experiences. TomTom says their camera's video is easier to edit than their rivals' systems when using TomTom editing software and apps. "We know that the biggest frustration people have with action cameras today is the time and effort it takes to edit," says Corinne Vigreux, managing director of TomTom Consumer. "With TomTom Bandit we've cut the editing time down from hours to minutes.” The TomTom camera is also capable of showing a range of telemetrics related to altitude, G-Force, GPS position and speed. It can connect to a TomTom heart rate wrist monitor to deliver that information on screen as well. These are features meant to compete directly with a similar Garmin camera, as opposed to the GoPro lineup. The announcement of TomTom entering a new market comes amidst discussions of the Dutch firm experiencing difficulties with its conventional standalone navigation products. With navigation services provided in almost all smartphones, it is becoming more difficult to realize separate navigation equipment, though built-in automotive systems are maintaining sales. Entering this market implies competing with several similar products, such as the GoPro action camera. Simultaneously with TomTom, GoPro also announced entrance into a new market segment. The action camera producer announced a deal to acquire Kolor, one of the leaders in virtual reality experiences and 360-degree video stitching software. "We are excited to welcome Kolor to GoPro," said Nicholas Woodman, the CEO of GoPro. "GoPro's capture devices and Kolor's software will combine to deliver exciting and highly accessible solutions for capturing, creating and sharing spherical content."