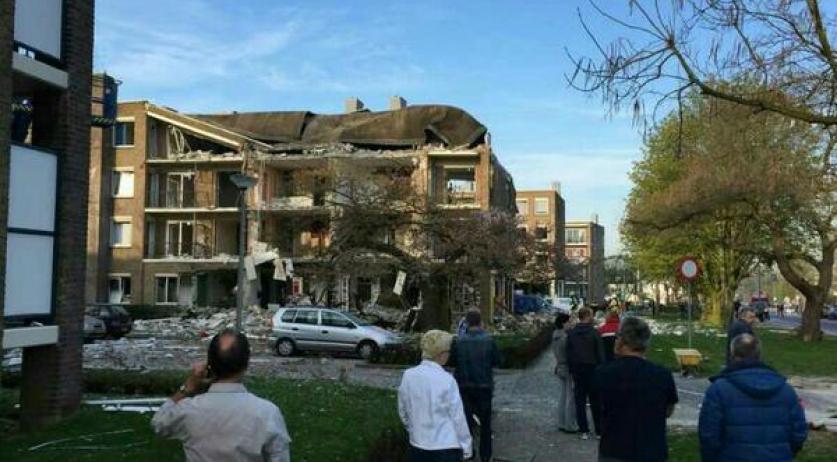 The damage caused by the explosion in an apartment building in Heerlen on Monday could cost millions to repair. Affected residents may not be able to return to their homes for up to five weeks. Three people were injured in the explosion. A spokesperson for Wonen Zuid told NU that the explosion leveled 18 apartments causing 1.8 million euros worth of damage, caused structural damage of about 1 million euros to neighboring properties, caused a lot of damage to 42 apartments and another 96 homes were damaged to a greater or lesser extent. "Add to that the resettlement of people, temporarily accommodating 54 residents, 20 of whom could not find shelter with family, acquaintances or friends." he said. "Stack all these costs together and you're talking about many millions of euros." On Tuesday morning housing corporation Wonen Zuid informed affected residents that it may be up to 5 weeks before they can return to their homes, 1Limburg reports. The surrounding apartments should be restored by June 1st. These residents were allowed to go and look at the damage to their homes under supervision on Tuesday and Wednesday. They were also allowed to retrieve some personal belongings that they will need in the coming weeks.