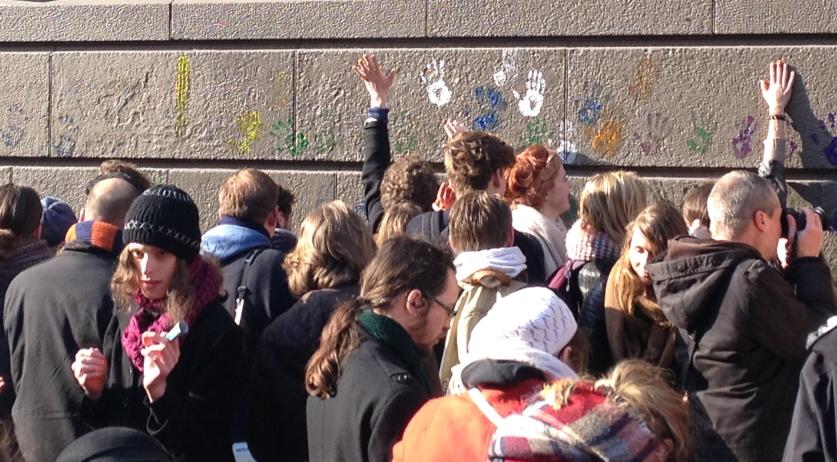 A wide range of reactions poured out after University of Amsterdam Executive Board chairman Louise Gunning announced she would resign her position. “[Gunning’s] departure was inevitable. Good first step in restoring peace at the UvA,” the ASVA student union said on Twitter. For the protestors who occupied two university buildings over several months, the resignation is the first development in a series of changes and reforms needed to get the university on the right track. “It is important to choose someone who is closely involved with the academic community,” said Dr. Dan Hassler-Forest, Assistant Professor of film and literature in the English department. “That’s important, because the reason for the protests in recent times is that too few actually had their say in employee participation.” “This is exactly what I expected. Naturally, the UvA prefers to put out this news when everyone is asleep or the newspapers were read,” said former Maagdenhuis occupier Jaap Oosterwijk. “I hope her departure is the beginning of a new style of government, at least in Amsterdam.” He told university paper Folia that he does not want to hear that the board picks a new leader for the next four years without listening to the academic community. “Up to now, that has not happened enough,” Oosterwijk said. “New prediction: Maagdenhuis-crazies are not satisfied with Gunning’s resignation,” joked political science author Chris Aalberts. “People of the UvA: The opponents of the true sciences have sacrificed a pawn; nothing more,” said Dutch historian Han van der Horst, formerly in communications at the Netherlands’ Organization for International Cooperation in Higher Education (Nuffic).