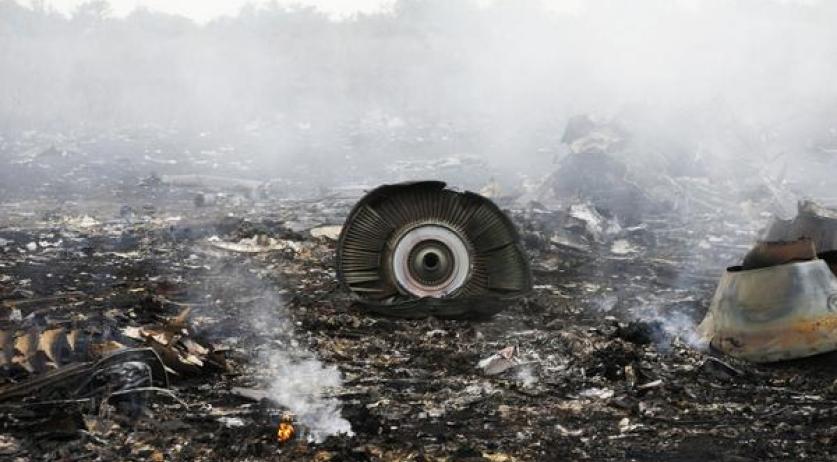 The Russian radar images of flight MH17 do not show a fighter jet. That is the conclusion of four experts in the field of radar and air traffic control, NOS reports. Shortly after the disaster Moscow suggested that MH17 was shot down by a Ukrainian SU-25, based on radar images. Nieuwsuur showed the radar images to the four experts. "Based on these images, the presence of a fighter jet such as an SU-25 can not be claimed." said Italian professor Gaspare Galati, one of the leading experts in the field of radar technology. According to him, much more information is needed. "It seems more likely that the signals on the screen are the wreckage of MH17 than any other - possibly military - aircraft." According to Bob Bevelander, who was an air traffic controller for years and now a freelance consultant, the dots that are supposed to represent the fighter jet make very abrupt movements. "In the last part the so-called fighter jet stands practically still, that is really impossible for a fighter jet." He also believes that the radar detected the wreckage of the Malaysia Airlines Boeing 777. A retired head of radar systems of air traffic control at Schiphol also doubts the theory. "With my radar knowledge I would, based on the material, dare to bet with a high commitment that no aircraft was in the vicinity of flight MH17." He preferred to remain anonymous as his former employer rebuked him after his written review for Nieuwsuur. A radar signal is normally made up of a primary radar, where an antenna receives an echo of an object, and secondary radar that the aircraft sends itself. This signal is missing the secondary radar. Russia therefore believes that the signal belongs to a fighter jet, that disabled the secondary radar to conceal its presence. But according to the experts, it is more likely  that the primary radar detected the wreckage of MH17 after the transponder of the secondary radar was destroyed. https://youtu.be/it1qxP9sxqA