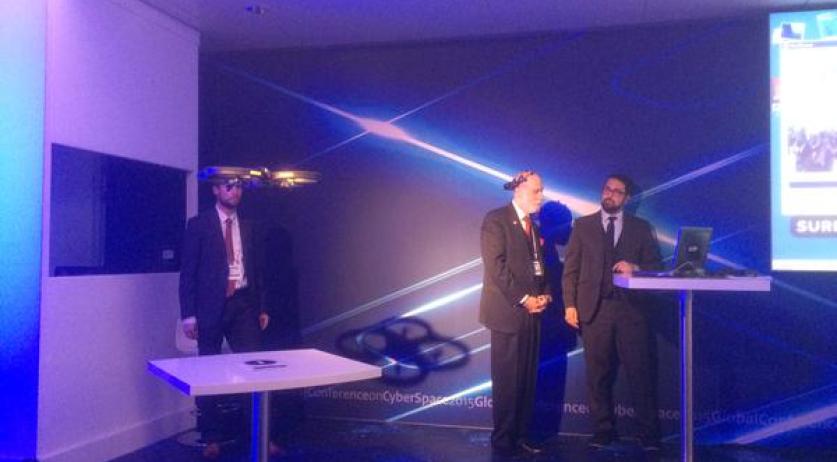 Brain-controlled drone shown off in the Hague

A spectacular Dutch innovation was showed off at the cyber summit in The Hague on Thursday. A drone that is controlled by thought. The organization SURFnet gave an demonstration of the unmanned aircraft, the Gelderlander reports. Vint Cerf, vice president of Google, was used as test subject. Sensors were taped to Cerf's head, which scanned his brain activity. Cerf was told to think about take off. This represented to the computer which brain activity accompanies take off. Then the drone actually flew into the air. "Until you think of something else. Then the thought is interrupted and the drone will crash down." according to the developers. For safety reasons, Cerf was therefore not allowed to fly the drown above the audience.