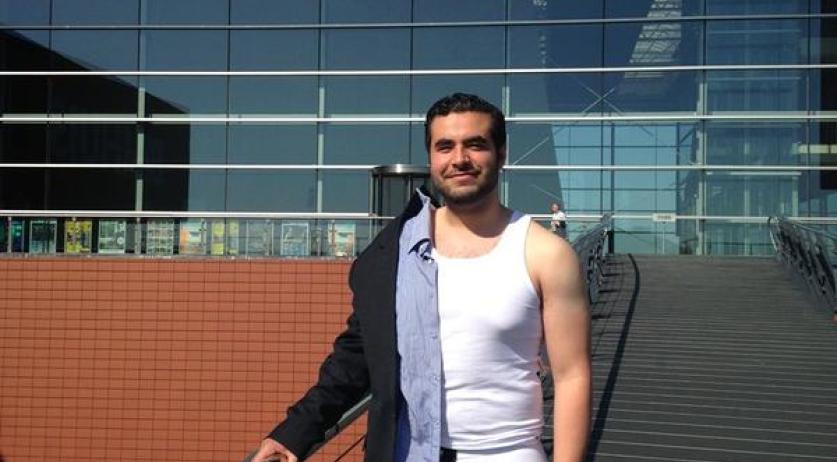 The Ahold shareholders meeting on Wednesday took a strange turn when a grocery bagger got a chance to speak and asked CEO Dick Boer for a pay increase. The 19 year old Soufian Afkir works as a grocery bagger at Albert Heijn. He is older than 18, but is paid the minimum youth wage - 60 percent of the minimum adult wage. He spoke up against this in the shareholders meeting, on behalf of the youth department of union FNV, Young & United. He brought a petition signed by 50 thousand people with him. Afkir is advocating that employees older than 18 years be paid an adult wage. Afkir addressed Boer directly. "Mr. Boer, in 2013 you earned about 3.7 million euro. That is about 1,600 euros per hour. I earn 5.96 euros per hour. That is 60 percent of the adult minimum wage. In comparison Mr. Boer, to earn your salary for one year I have to work 299 years, full time. Yes, you heard me right, 299 years." Afkir said. He proceeded to explain to the shareholders that he is an adult in all the ways that matter. He can vote, get married, drive a car, works a real job, but only gets half the pay of an adult. While everything he has to pay for is charged at full price. "This beautiful suit I am wearing, I can only pay for half of it with my hourly wage. And Mr. Boer, that looks like this." Afkir said, before he started undressing. Boer remained unmoved. "I have understanding for every employee who works for us. Your question is definitely not at home in the shareholders meeting today." He referred Afkir to the collective bargaining contracts negotiations.