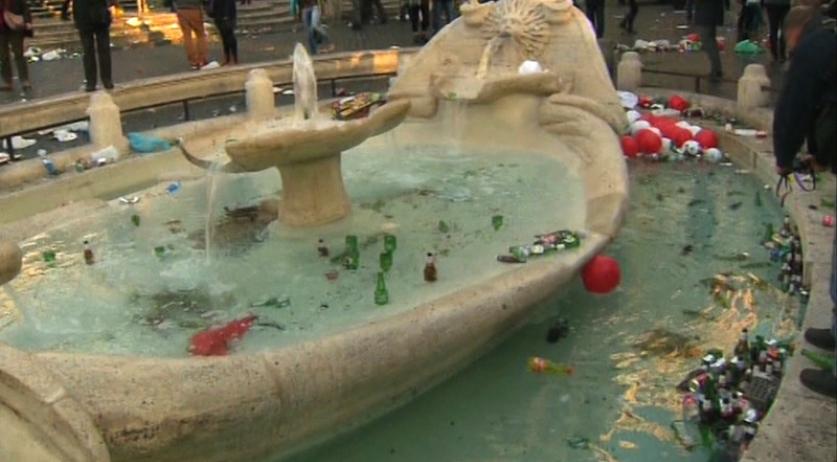 The police have called on the public to deliver any photos taken or videos recorded during the Feyenoord riots in Rome two weeks ago to the police. The Dutch and Italian police have already studied all available footage of the riots. This was done to map exactly who was responsible for what. Working along with Justice they are now trying to identify and prosecute the rioters. The police will possibly publish pictures of rioters who can not be identified. Any photos or videos taken during the riots can be uploaded directly to the police's website here. The police also called on anyone who was involved in the riots to come forward voluntarily before their pictures are made public.