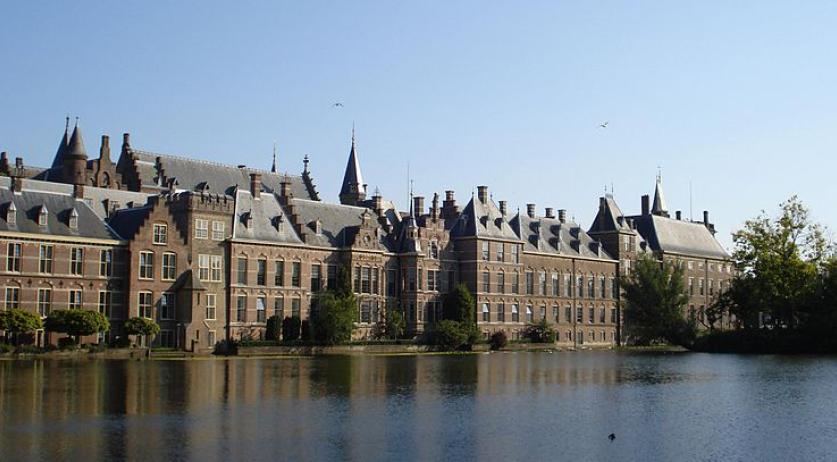 Parliament to leave Binnenhof during renovation

The Tweede Kamer (lower house of parliament) will have to leave the Binnenhof for 5.5 years so that the buildings on the Binnenhof can be completely renovated, BNR reports. Liesbeth Spies, chairman of the steering committee renovation Binnenhof, confirmed that there are two possibilities. "One of the variants is bit by bit, then you are talking about 12-13 years. The other is that everyone gets out once and comes back once." she said to BNR. This involves the entire Binnenhof complex including the Tweede Kamer, the Eerste Kamer (Senate), the Council of State and General Affairs and Prime Minister Mark Rutte's Turret. The new building of the Tweede Kamer was built in 1992 and has not received any major maintenance since then. According to the Rijksvastgoedbedrijf (National Real Estate Company), there is no choice in the matter, something must be done right away. The only thing the government has influence in is how long the renovation will last. According to political reporter Jaap Jansen, the Presidium of the Tweede Kamer and the factions' official secretaries were officially informed last week. They were also show photographs of cracks and flaking cement. "You need to know: the Binnenhof complex is a hodgepodge of buildings glued together in the course of time. Many places even need new foundations", Jansen explains. "There are also often technical faults. There is not enough cold space present under the buildings for the digital infrastructure. The fire safety leaves a lot to be desired. If part of the complex catches fire, the whole Binnenhof will be in flames in no time: there are no fire separations." To be completely sure, the factions have asked for one final check. They also want to know whether the construction workers could work through the night, so that the process can be shortened by perhaps a few years. That will be a lot more expensive. The Steering Committee Renovation Binnenhof has to have a plan ready before summer. Minister Stef Blok will then make a proposal and then a decision can quickly be made. The work will start in 2018 at the earliest.