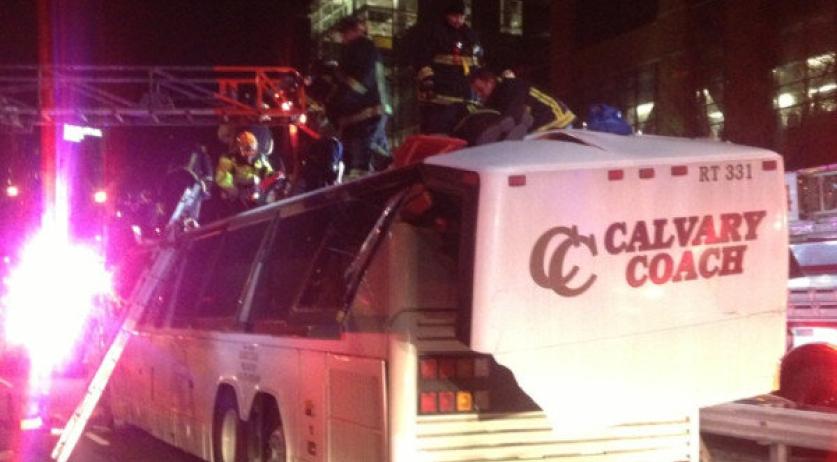 Lawyers representing victims in a 2013 bus accident are suing Dutch GPS manufacturer TomTom NV, American rival Garmin International Inc. and their subsidiaries for more than 15 million dollars in damages. Thirty-five people from Pennsylvania, US were injured in the crash, when a charter bus rammed an overpass in Boston. The lawsuit filed last month claims that the GPS units in use did not warn that certain commercial vehicles are prohibited from particular roads due to height restrictions. GPS devices are also a distraction for the drivers, says the lawyer of one 18-year old student who was paralyzed from waist down in the accident. Passengers were injured when the bus roof crushed backwards in the crash dropping the luggage rack and television onto the heads of the passengers, the Boston Globe reports. The driver of the bus was believed to be using two GPS devices, one manufactured by TomTom and another by Garmin. Neither one of the devices were suitable for a commercial vehicle with height restrictions, though both companies manufacture GPS units for such purposes as well, says one of the victims' lawyer, Jim Ronca. “People rely on these things and tend not to remember that they have flaws, too,” Ronca told the newspaper. Ronca acknowledged that it is not known which device the driver was using at the time. The bus driver, Samuel J. Jackson, was attempting to navigate the 11-foot-tall bus on Soldiers Field Road in the Allston neighborhood of Boston, Massachusetts, Jackson told police. The road has a height restriction of ten feet. The lawsuit claims at least one sign meant to notify drivers of the reduced clearance was either damaged, missing or not visible, and all other signs were obstructed due to construction work at the overpass.