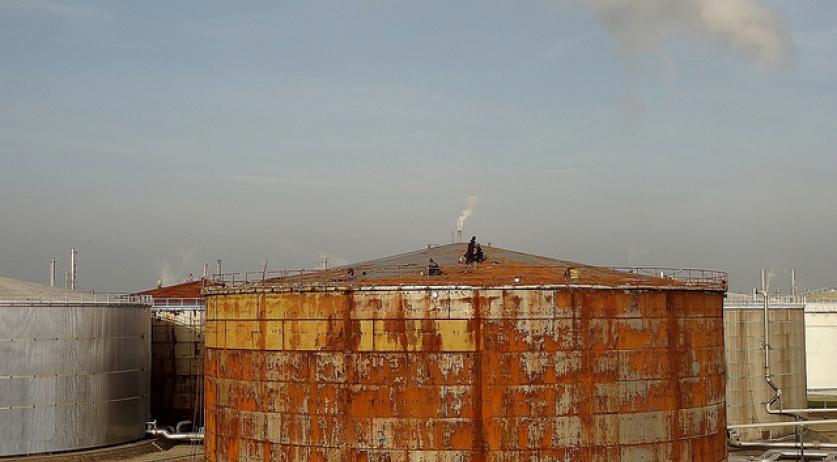 A criminal investigation into a West Brabant waste management firm led to the arrest of three of the company’s directors on Monday, reports the Dutch Public Prosecutor (OM). The trio are allegedly responsible for directing the mixing of hazardous waste with fuel oil sold for heating and combustion plants at greenhouses and on ships. The OM did not release the name of the company. Preliminary investigation suggests the illegal practice may have earned the firm “millions of euros” since 2010, said the OM in a statement. A fourth company executive was scheduled to testify on Monday. After police in April seized the firm’s administration and took samples from substances stored on its property, a special investigation team established that the company had mixed hazardous waste with fuel oil. The investigation was initially prompted by samples taken from trucks during a 2011 Waakzaam (‘vigilance’) campaign, in which police and other regulatory bodies perform controls. Combustion of waste-contaminated fuel poses environmental hazards and safety and health risks for the workers who operate the facilities where it is used, according to regional broadcaster Omroep Brabant. The broadcaster also says that selling such fuel leads to unfair competition because it permits companies to keep their processing costs low and sell in greater volumes. This is not the first time there have been corporate convictions related to hazardous waste, noted the OM statement. Last year, a waste management firm was issued a 480,000-euro fine for acquiring oil mixed with hazardous waste and contaminating it further before selling it as fuel oil. A fuel supplier was slapped with a 47,500-euro fine for gathering hazardous waste without a permit, also in 2014.