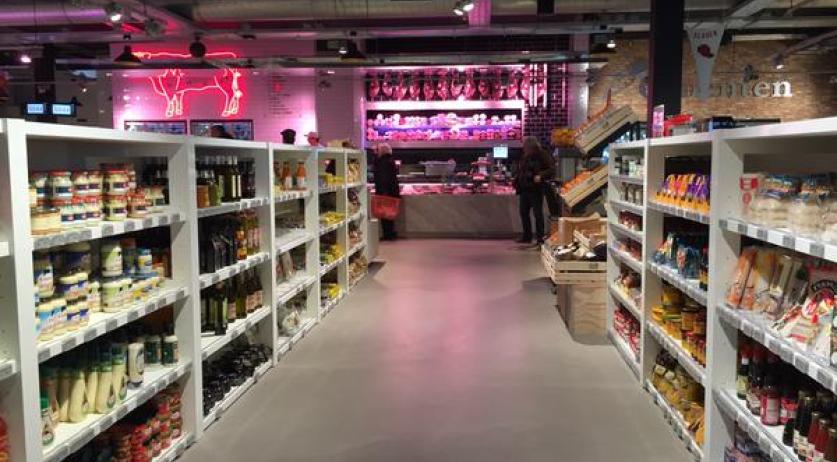 Last week hotel chain Van der Valk opened the first Valk Versmarkt (fresh market) next to the Hotel de Gouden Leeuw in Voorschoten. If you like the bread at breakfast, you can now also buy it next door. "Everything we already buy for our hotels, Van der Valk customers can now also take home", says Mark van der Valk, director of the fresh market.

In the 50's 'grandfather Van der Valk" opened a butcher shop in Voorschoten, before he opened the Hotel de Gouden Leeuw. The butchery is still next to the hotel. "I thought: if the butcher is a success, why don't we also offer our fish, our bread and other products?" the director of the new Valk Versmarkt explains.

With this expansion the group is playing in on the trend of fresh markets and food halls, which has been booming in recent years. Late last year Jumbo supermarket opened a food market in Amsterdam North. Food Halls also opened in an old tram depot in the capital. The huge Markthal (market hall) opened in Rotterdam in October.

"Good nutrition is becoming increasingly relevant", notes Joop Holla, research director at agency GfK. "There is a lot of attention for fresh and local produce." He thinks this step by Van der Valk makes sense. "The consumer no longer thinks in boxes like the supermarket or drugstore. He is looking everywhere for all day offer." It is therefore not surprising that the culinary offerings of the hotels are now also available in a store.