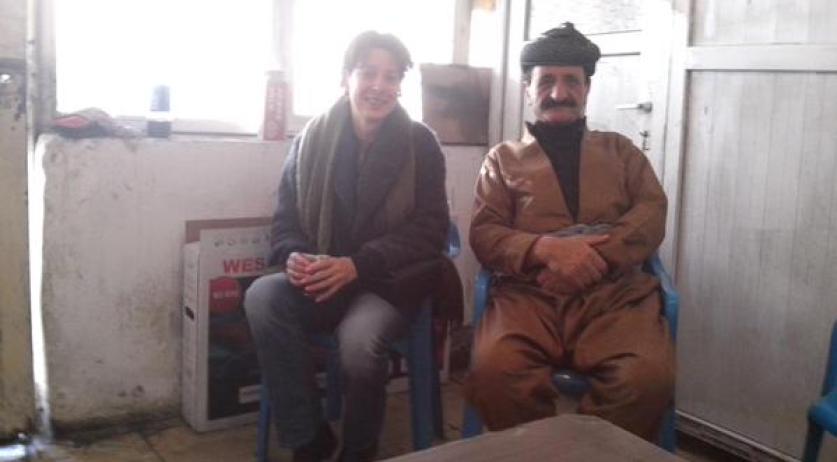 Dutch journalist Frederike Geerdink was brought in for questioning by Turkey's terrorism police Tuesday to determine if she is spreading "propaganda for terrorist organization," she said on Twitter. Her house was searched by an eight person terrorism squad.After three hours in custody she then tweeted she was free again. Geerdink works for several Dutch media outlets while living in Diyarbakir, in the Kurdish region of Turkey. She is also the only foreign correspondent in the symbolic capital of the Kurds. Last year she published a book "The Boys Are Dead" in which she addresses the bombardment of the town of Uludere, where 34 Kurdish boys and men were killed. Geerdink also regularly takes part in the public debate about the Kurds, a particularly sensitive issue in Turkey. Geerdink has been in contact with the Consulate General in Istanbul and will receive consular assistance. The Dutch Association of Journalists (NVJ) condemned what first seemed to be an arrest as "very alarming". Dutch journalists have never been arrested in Turkey, according to NVJ. Dutch journalist Bram Vermeulen was placed on a black list in Turkey in 2014, causing him problems getting in and out of the country. He had worked there for five years. The Turkish officials seem to use the slogan "terrorist activities" in order to tackle journalists, says NVJ General Secretary Thomas Bruning. At the moment Foreign Minister Bert Koenders, of the Dutch labour party PvdA, is visiting Turkey on the invitation of his Turkish colleague Melvlüt Cavusoglu. Koenders has been called out to take action via Twitter and two VVD MPs, Han ten Broeke and Mark Verheijen, asked him for clarification and to take action. The VVD and PvdA form the current coalition government in the Netherlands. Tensions have been mounting between the two parties since December when a healthcare bill failed to pass the Dutch Senate. Koenders has stated his shock over what happened and that he would immediately raise the issue in Ankara with his colleague.

terrorism police just searched my house, team of 8 guys. they take me to the station now. charge: 'propaganda for terrorist organization'

i wasnt taken into custody although they said that initially.only statement.8 folks strong armed terrorism squad at door very intimidating.