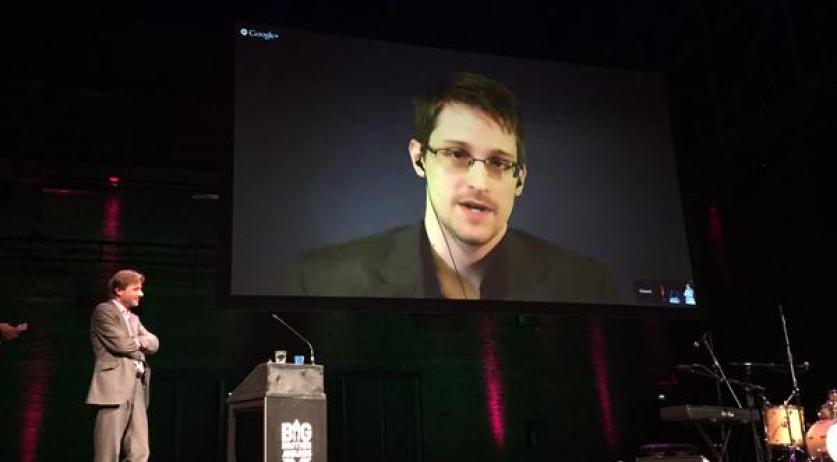 According to Edward Snowden, the Netherlands has not learned from his disclosure, but is making its laws worse. He said this via a video link during the presentation of the Big Brother Awards last night. Snowden explicitly mentioned the General Intelligence and Security Service (AIVD) and the Military Intelligence and Security Service (MIVD), referring to the introduction of new powers for the secret services. Currently the two services are not allowed to tap large quantities of communication from physical cables undirected, but the government wants to change that. The two services would then be allowed to filter a large amount of internet traffic to find specific details. According to Snowden, who leaked a large amount of internal NSA documents to journalists two years ago, the Dutch government is trying to release the American espionage practices in the Netherlands. He also had nothing good to say about the so-called decryption command, with which the government can compel suspects to release their encryption passwords. "They force you to testify against yourself in the courtroom", said Snowden. "It is very dangerous." Snowden emphasized the importance of privacy in his speech. "If we stop stop defending privacy, we never get it back." According to him, privacy is about more than just private information, but also about the freedom t make your own choices. Snowden received an award during the presentation of the Big Brother Awards for his contribution to privacy. He is currently residing in Russia as he is wanted by the United States for revealing NSA documents. The Big Brother Awards are annually awarded to the largest privacy violators of the year. Minister Ivo Opstelten of Security and Justice won the award for the fourth time last night.