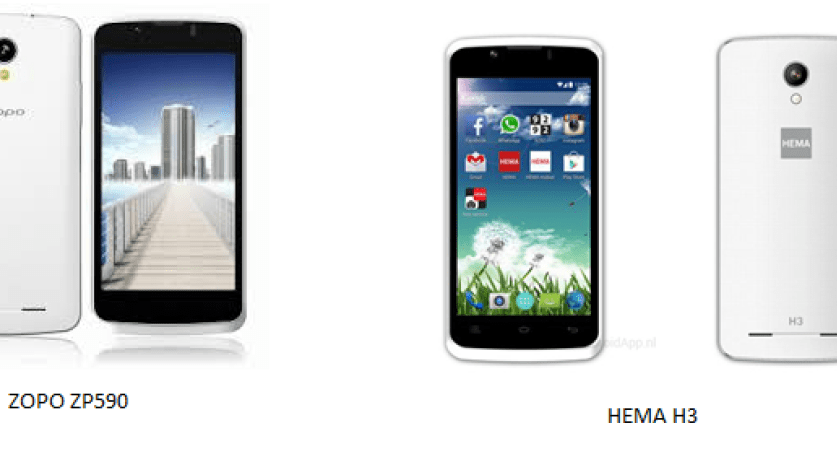 According to Hema, the allegations that their new smartphones are imitations of the smartphones of Chinese manufacturer ZOPO, is "complete nonsense". Hema is considering legal action against trademark holder ZOPO Benelux, who accused Hema of copying their devices on their website on Tuesday. "Hema's smartphones are designed and produced specially for Hema", the store said in a statement.  "Hema has received exclusive rights from the producer on the H3 and H5 phones to sell them under our own brand." The Dutch importer of ZOPO smartphones, ZOPO Benelux, states that Hema's devices come from the ZOPO factory and are the same as their own ZOPO models. ZOPO Benelux owns the exclusive marketing rights for the devices of the brand. On their website on Tuesday, ZOPO Benelux announced that they will be taking legal action against Hema because the smartphones the store is selling, are copies or imitations of ZOPO's own devices. Hema started selling smartphones and tablets under its own label on Monday. Hema did not mention the supplier of the devices on Monday.