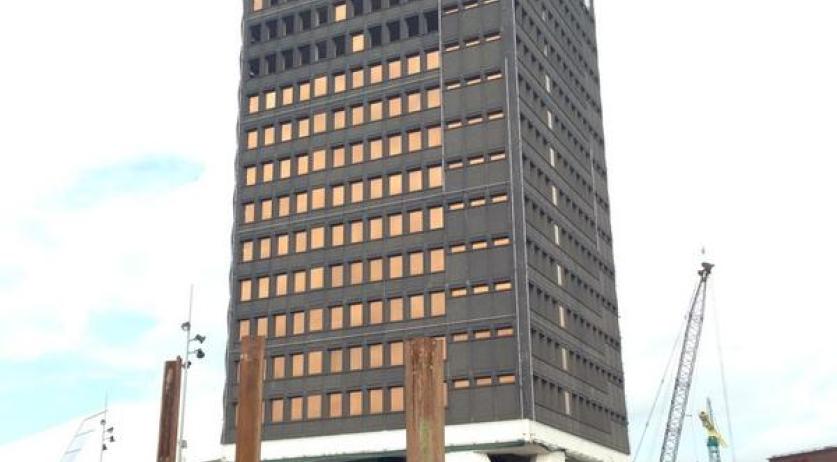 A fire broke out on the fifth floor of the former Shell tower in Amsterdam Noord this afternoon. According to the fire department the fire broke out around 12:00 pm. By 13:00 pm the fire was under control. The tower is currently under reconstruction. At the time of the fire, dozens of construction workers were working in the tower. They were all able to evacuate the building quickly and no one was injured.