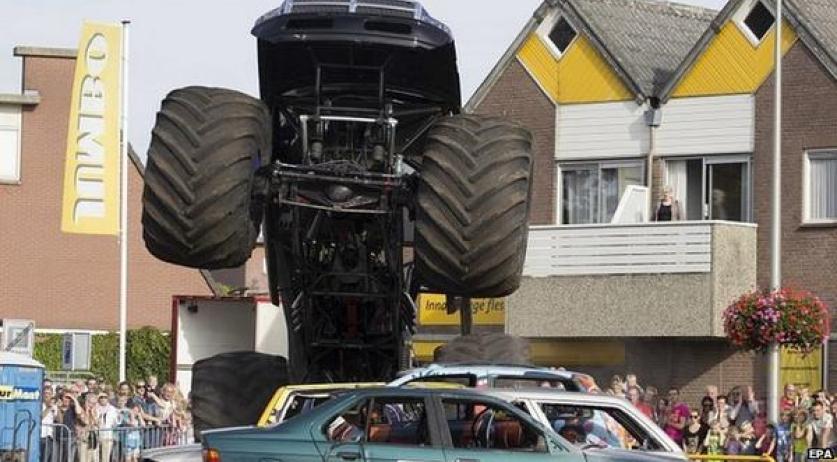 The municipality of Haaksbergen has clarified the number of victims still in hospital after the monster truck crash of last weekend, by issuing a 'state of affairs' on the municipality website, De Volkskrant reports. The municipality clarifies that there were three deaths, Tim Hadders (5), Geert Striezenau (50), and Betsie Herrewijn-Scholl (73). Further, a total of 31 people were admitted to hospital for various injuries. At this moment, 13 are still under hospital supervision. Two of these wounded are children. De Volkskrant writes that the 8-year-old sister of Tim is still in critical condition in the Academic Hospital in Groningen. The municipality also states that at a gathering Monday, 200 people were present, and a minute of silence was held for the victims. A condolence register on the internet has already been signed by 1500 people. The municipality also says it will support initiatives such as a silent march and prayer service.