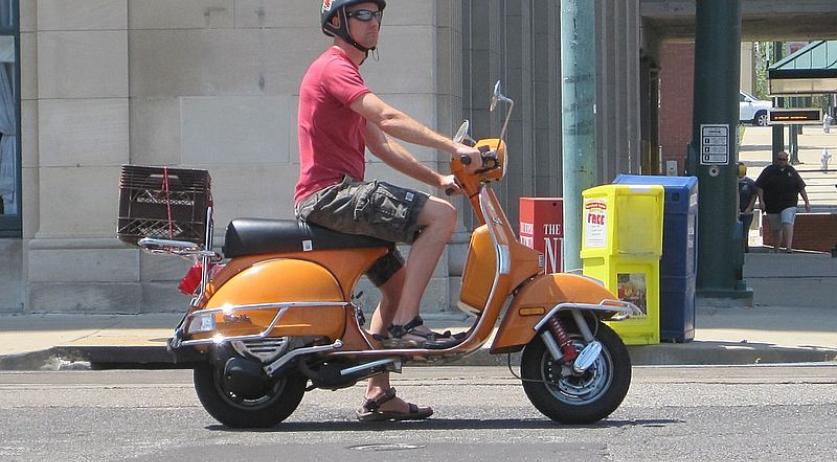 A majority in the Second Chamber does not want to give Amsterdam the opportunity to introduce a compulsory helmet law for scooters.  This calls into question the new city council's plan to move the scooter from the bike path to the roadway.  Minister Schultz (Infrastructure and Environment) came up with this plan after prolonged lobbying from the previous Amsterdam city council. It is expected that the plan will be discussed in parliament in Early October The PVV, CDA, VVD and SP are against Minister Schultz's plan to introduce the compulsory helmet law, Het Parool reports. This is remarkable because the Amsterdam departments of the VVD and SP wrote that they want to move the scooter, with helmet, on to the roadway in the coalition agreement that they signed with the D66. According to VVD Parliament Member Barbara Visser it is not a good idea for different traffic laws to apply in Amsterdam than in the rest of the Netherlands. It will also be bad for the traffic flow on the roadway. SP Parliament Member Farshad Bashir is against the compulsory helmet law for the same reasons. VVD alderman Pieter Litjens said in a response that he does not want to preempt the discussion. "I think that Amsterdam has recently made it very clear why this is necessary. We will continue to do so until October 9th. Everyone who comes into Amsterdam, also understands that something must be done. Scientific research indicates that the number of traffic fatalities will drop significantly if the scooter with helmet drives on the roadway."