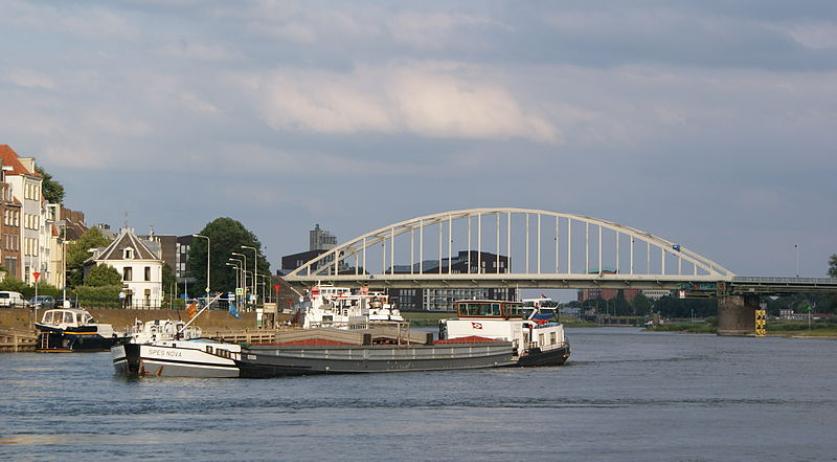 All traffic in above and near Deventer, including train, air and shipping traffic, will be halted next week Saturday after the discovery of two WWII bombs, which the Explosives Ordnance Disposal (EOD) unit of Defense will have to safely remove, RTV Oost reports.  The airplane bombs were found in the flood plains near the track bridge over the Ijssel. They have been there for over 60 years undisturbed, but now have to be moved to allow works for the Space for the River project that will allow more space for the Ijssel river in eight places, which should prevent water problems in the future. Next week saturday, there will be no trains, planes or ships traveling in Deventer until 2 p.m. to allow the EOD to safely remove and explode the bombs in a remote area. In the area of Deventer alone, 22 bombs dating back to the Second World War have been discovered so far. Research will be done near the Ijsselhotel and the Ossenwaard in the coming time to see if there are any more undiscovered bombs.