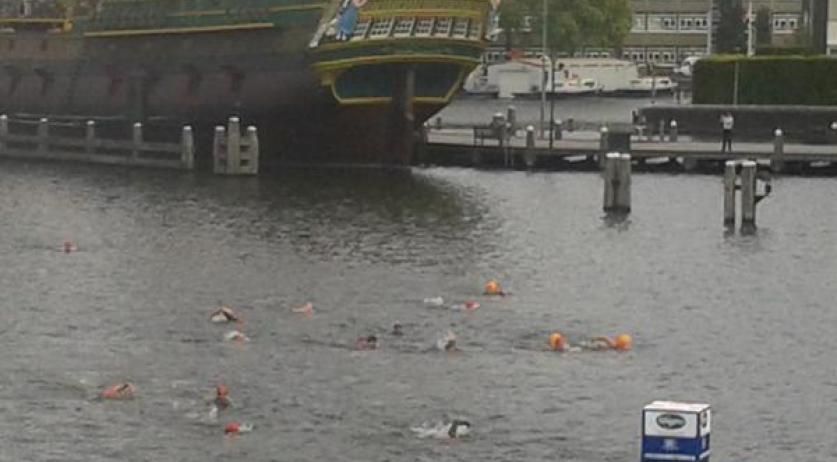 The 2000 people who took part in this year's Amsterdam City Swim rose €1,921,421 for ALS research. The organization announces this through their website.  This year's fundraising Swim rose €300,000 more than last year. The course through the Amsterdam canals was also one meter longer than last year, at 2014 meters. Every year, one meter is added to the distance. This year's route went through the defense terrain Marine Etablissement along the Shipping Museum to the finishing point on the Keizersgracht. Children also participated in the Swim for the first time this year. The 200 kids swam from the Hermitage to the Keizersgracht over a distance of 500 meters, or ten laps in an Olympic size swimming pool. According to the organization, the canals in Amsterdam are cleaner than ever. The water wasn't too cold at 20 degrees. Among the participants were swimmers Pieter van den Hoogenband and Johan Kenkhuis, skater Mark Tuitert and television presenter Mariska Hulscher.