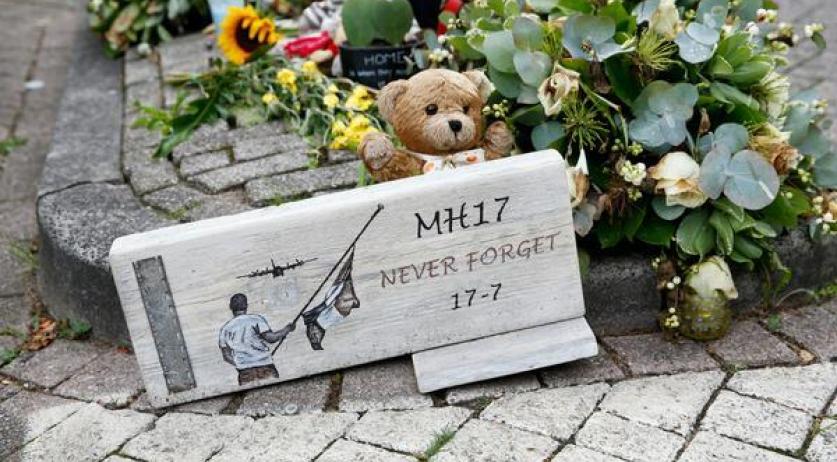 The victims of Malaysia Airlines flight MH17 crash in Ukraine were remembered in Hilversum on Sunday afternoon. The memorial service drew thousands of people at the Sint-Vitus Church, exactly one month since the crash, NU.nl reports.  The service started at 3 p.m. At the start, 15 candles were lit for the victims that come from Hilversum, and one last candle was lit for the other victims. Photographs of the people lost on the fated flight were standing inside the church, where there were 1500 people present. Flowers were lain at the pictures. Outside the church, masses of people watched the ceremony on screens. Prior to the service, thousands of people gathered for a silent march through Hilversum. The people released 15 white doves at around 2 p.m. for the 15 local residents killed. After this, another 283 whit doves were released to commemorate the other victims. The silent marchers, dressed in white, also released white balloons in a park, and then started the walk to the Sint-Vitus church. Flags on the route were hung at half mast. Mayor Pieter Broertjes of Hilversum spoke some words about the sadness that the town communally feels for their lost neighbors, and that this sadness will remain. "But solidarity offers support. Also after today, also tomorrow and the day after. We share this sadness with each other for the rest of our lives." Speaking with surviving relatives of the victims left "an indelible impression" on the Mayor. "We could hopefully offer some comfort and a listening ear, but could not take away the immeasurable sadness and the hopelessness. Morning doesn't pass, it becomes a part of your life. Love does not go away with death, it remains."

Today they will remember 15 victims off flight MH17 from the city Hilversum in the Netherlands pic.twitter.com/QLHBfdHG7O