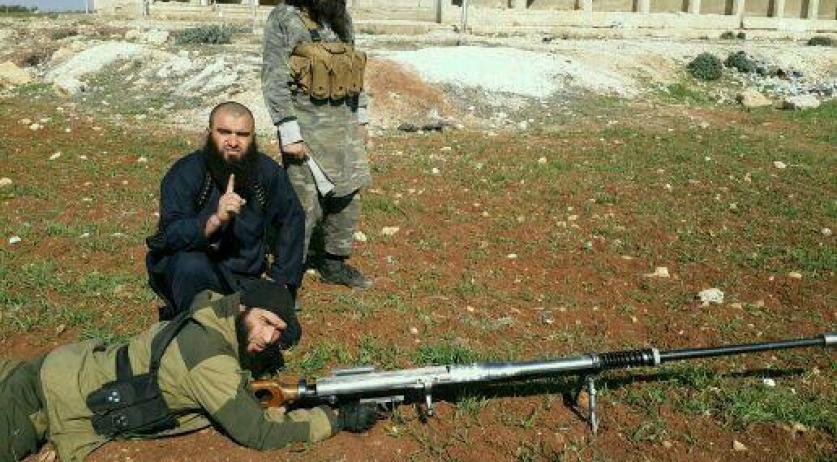 The ISIS jihadist Khalid K. from Almere was killed in fighting in North-Iraq. Various Kurdish fighters from the Peshmerga army confirm the death of the feared jihad fighter, De Telegraaf reports.  The jihadist, alias Abu Abdulrehman al Iraki, was thought to have been killed in June, when the Syrian army announced his death. The man from Almere continued to publish photographs of gruesome feats he seems to have performed on his Twitter account. Previous activities on Twitter involve K. posing in front of severed heads of opposers that he killed. In 2011, K. was signaled by Netherlands intelligence service AIVD. He frequently visited the Abou Bakr Assadik mosque in Almere. He spent 14 days in a cell, on suspicion of involvement with terrorist acts. When K. was freed due to lack of evidence, he traveled immediately to Syria, and allied himself to the armed movement Jubhat al-Nusra and then with IS.

Dutch Jihadi Khalid K this time not posing with a severed head but with a anti-material rifle He is important in ISIS http://t.co/25KIORKDXv