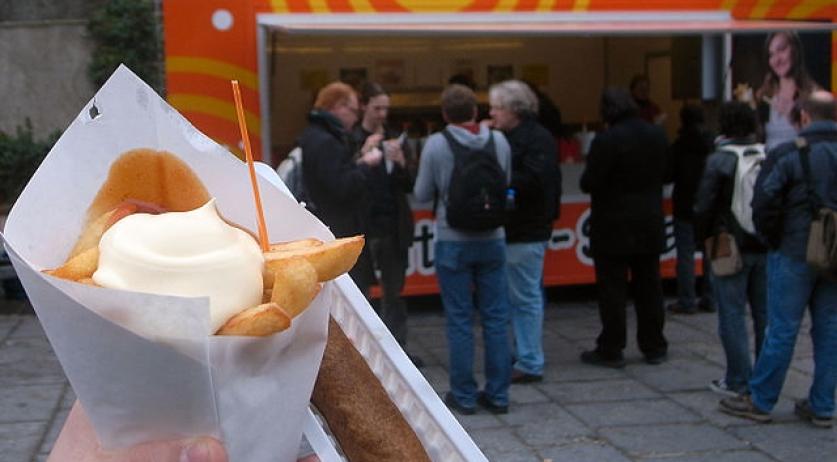 The 70-year old Cok Harteveld from Maassluis was robbed of his pension this weekend when thieves stole his entire chips-stall. The stall provides Harteveld's income, and he was going to pass it on to his grandchild, until it was stolen. Police may have one lead, the Algemeen Dagblad reports.  Harteveld's wife alerted her husband to the missing 'Cornelis Harteveld' snack van when they drove past his place of business on Saturday evening. After wondering if he had parked it somewhere else, Harteveld started to panic. He operates his stall on market days. The next market day is on Wednesday, and August is a busy time of year. The pair decided to go on a quest to retrieve the van. "We went to all gas stations up to Belgium, on the off-chance, but we could not find the vehicle", Harteveld tells the AD. A gas station in Vlaardingen has images of the cart, but Harteveld worries that this means the van is on its way abroad. He does not have insurance for theft. A new stall costs around €150,000. "I can't make that money back at my age." The cart is Harteveld's pension. "I wanted to stop earlier, but I didn't want to sell my van for peanuts in this crisis time. So I had to keep going for a few years." Harteveld wanted his grandson, now eight years old, to take over the business, which his daughters don't want to do. Harteveld would wait until the boy is 18. Harteveld has no idea what the future of his snack van now holds. "Because of the interest from the press, I have gained a little bit of hope again, but if the van will come back unharmed is question number two."