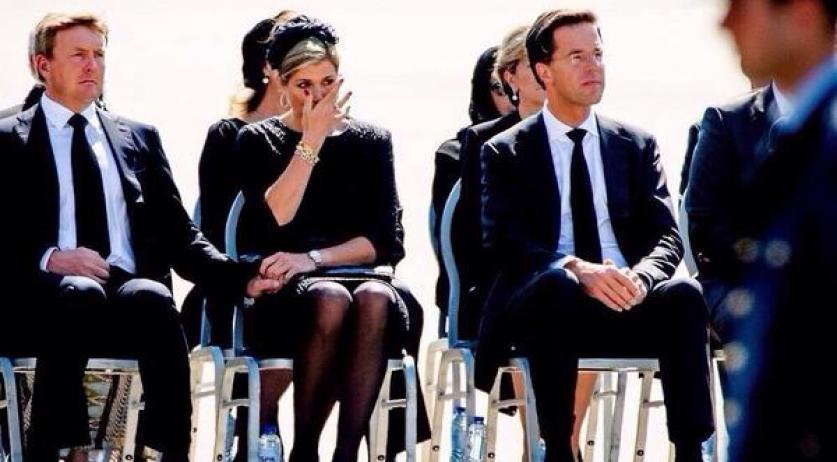 More than two million people saw the ceremony around the arrival of the first victims of flight MH17 that took place on airport Eindhoven yesterday, during the National Day of Mourning. In attendance were King Willem-Alexander and Queen Máxima as well as Prime Minister Mark Rutte.  The King was regularly seen consoling his wife, the Queen, and they clasped hands as the coffins were brought from the planes to the waiting hearses. These images went the world over, appearing on front pages of newspapers. People on Twitter remarked at the emotion the royal couple were showing in mourning for their fallen countrymen. Foreign media spoke of the honor and dignity with which the Dutch ceremony was performed. "Today we have seen how one treats those who have died", were Anderson Cooper's words from the CNN live broadcast of the ceremony.

The mourning Dutch people treating #MH17 dead with the dignity & respect they did not receive in Ukraine. Incredibly moving.

The Dutch King consoling his wife the queen as the bodies of #MH17 victims arrived in Holland. #Holland #Humanity pic.twitter.com/b4tpAuwkv6