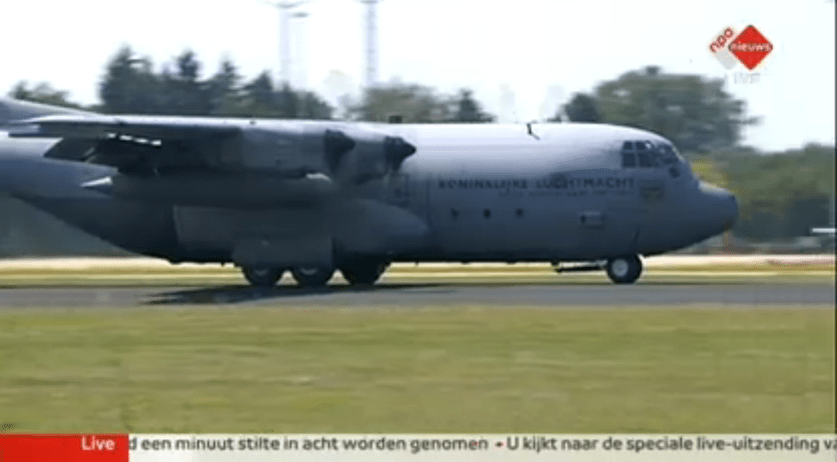 All MH17 victims back this weekend

The second pair of military aircrafts are leaving Charkov in East-Ukraine today, bringing dozens more bodies of the victims from the MH17 crash to The Netherlands. One Dutch and one Australian plane will arrive around 4 p.m. in Eindhoven with 74 coffins.  Jan Tuinder, leader of the team on the ground in Ukraine reports that the first plane has already left the ground in Charkov and will be in Eindhoven this afternoon. Following the plane's landing, the coffins will be transported to the Korporaal van Oudheusden barracks in Hilversum, in the same ceremonious manner as was executed with yesterday's first 40 victims. Just like yesterday, a procession will carry the victims from Eindhoven to Hilversum, where the bodies will be identified. There will also be a minute of silence, and relatives can be present. Tuinder expects that the repatriation of Dutch victims should be finalized on Saturday. This pertains to those bodies which were recovered from the crash site and transported by train to Charkov. Forensic experts believe there may still be remains at the site, but it is unclear how many and when the experts will travel there to check the area.