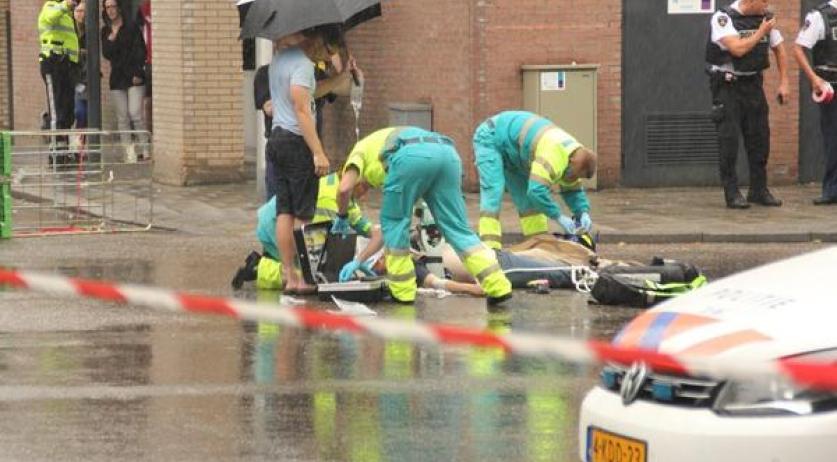 The 46-year-old man who was shot in shopping center Herenhof in Alphen aan den Rijn was carrying a large knife. This was noticed by entrepreneur Martijn Haasbeek who was the first to attempt reanimation on the man, who was shot through the lung. His efforts were in vain.  Police officers inspected the man's house on the Koningshof yesterday. The officers came with the car belonging to the weed farm dismantling team. A spokesperson from the police could not yet confirm whether or not the victim is connected to a marijuana plantation. The suspect, a 37-year-old man from Alphen reported himself to the police on Monday and is still in custody. He was questioned on Tuesday. Police cannot give too many details about this incident, as they are still busy questioning witnesses and gathering evidence. A spokesperson for the police says that they are not ruling out the possibility that more people are involved. This is the second time that a shopping center in Aphen aan den Rijn has been the scene of a shooting. Three years ago, a similar event occurred in the Ridderhof center.