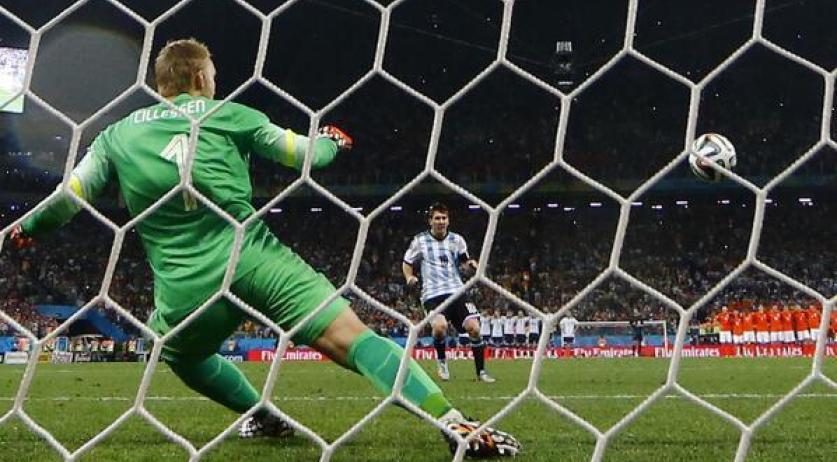 Where was Tim Krul?: Dutch newspapers

Newspapers in The Netherlands are bemoaning the loss of the Germany v. Netherlands World Cup Final this morning. Foreign headlines speak of disappointment, and swear it would be different if Tim Krul would have been subbed in before the fatal penalty shootouts that saw Argentina dominate and progress to the finals instead.  A "lost dream", according to the Volkskrant. A "penalty drama", says the Algemeen Dagblad. Trouw called Wesley Sneijder unimpressive against Argentina. Jasper Cillessen was "doomed" as soon as it came to penalties, and coach Louis van Gaal couldn't make any more substitutes, the Volkskrant writes. German media echo this feeling, saying that Louis 'god of substitutes' Van Gaal should have chosen Tim Krul to come on instead of Klaas-Jan Huntelaar. Argentinian keeper is lauded as the savior of the match in his home country, on the other hand. The Buenos Aires Herald says that Sergio Romero "has written his name in the history books." Van Gaal tells the Guardian that he taught Romero how to stop penalties" at AZ Alkmaar several years ago. "So that hurts. Losing 7-1 is the same as losing on penalties." All in all, the match was a disappointment. Compared to the semi-final match of a day before, with Germany against Brazil (7-1), it was rather an "atrocity", writes German newspaper Bild. "It looked like neither of the two countries wanted to be in the final."