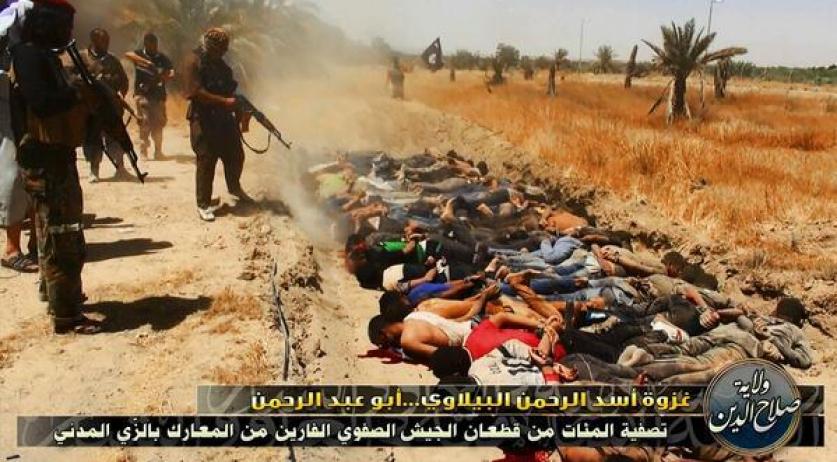 The faction president of the Party for Unity (PvdE) in The Hague has uttered support for the extremist grouping ISIS on his Facebook page. This pro-ISIS stance from Abdoe Khoulani is causing some discomfort in Parliament, and seems to add to the growing debate about current ISIS demonstrations reportedly being planned in The Netherlands.  "Long live Isis" Khoulani writes. "And insha'Allah on to Baghdad to fight the riff-raff there." According to Trouw, this message was written by the politician in response to the announcement that a pro-ISIS demonstration in The Hague would no longer take place. The demonstration in question was reportedly planned to happen in the Iraqi embassy in The Hague. The organizers told mayor Jozias van Aartsen in The Hague that they never wanted to demonstrate for ISIS in the first place, after the rumored event received a lot of resistance in the city. ChristenUnie wanted to ban demonstrating for the extremist grouping altogether, but Minister Frans Timmermans of Foreign Affairs reminded them of the right to demonstrate in The Netherlands. The Municipality of The Hague agreed with minister Timmermans, but said that demonstrations could be banned if, in future, there is an outright call to violence, which has not happened yet. ISIS, or the Islamic State in Iraq and Syria is an extremist militant group. It is a jihadi movement fiercely against Shia and Christian individuals and groups. Its leader Abu Bakr al-Baghdadi has been lauded as a man more violent and anti-West than Osama bin Laden. Last week, ISIS insurgents took parts of Iraq. It is becoming known as the most blood-thirsty terrorist organizations in the region. In Iraq, ISIS militants performed mass executions, targeting Shiite muslims. The fact that Abdoe Khoulani is seemingly supportive of this group's ethics, then, is becoming a political hot potato. Ex-PVV member Arnoud van Doorn has spread Khoulani's message on Twitter. Van Doorn converted to Islam last year, and believes that "the essentials of ISIS are quite good", but is taking distance from the executions. According to Van Doorn, Khoulani wants to especially emphasize that the Iraqi government death squads "are also not great guys.", but adds that "Khoulani is a man "yelling in the desert." Minister Ivo Opstelten of Justice wrote in a letter to Parliament on Thursday that openly sympathizing with terrorist groups is not punishable by law. Khoulani, in response to the backlash he has received for his pro-ISIS expressions tells Trouw that his words were a call to justice, and that ISIS is not a terrorist group, but a resistance organization. "Sometimes violence is necessary. Iraqi Sunnis have been persecuted for years. In that sense you can call me an ISIS-sympathizer." About the mass executions he says there is nothing exorbitant about them. They are war crimes, which happen in every war. "Those executions have really only happened a few times."

ISIS just announced a mass execution. As proof, they released this picture. They killed them because they're shiite. pic.twitter.com/Mb8XJV3QRX