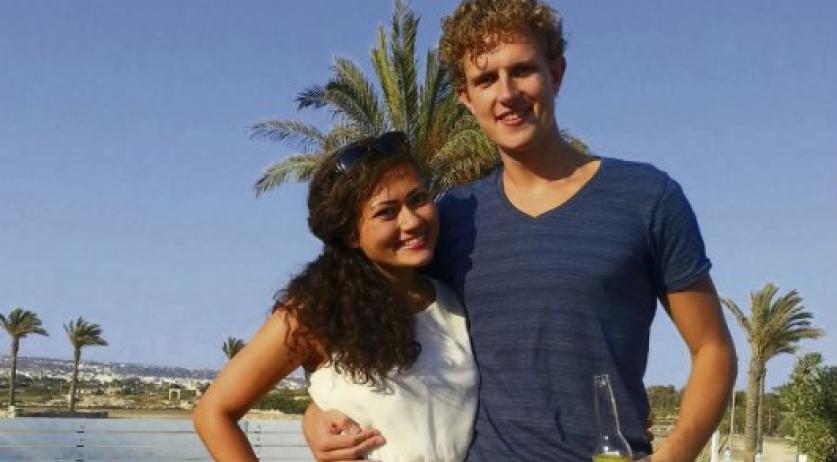 Sebastiaan Helderman has made a public announcement on his Facebook page on Sunday that he will give  €1000 to the person who comes with the golden tip about the man who assaulted his girlfriend.  "Heavy assault on my girlfriend in Heiloo", the announcement reads. The post has been shared almost 5000 times, and gives a description of the incident as well as the perpetrator. Deborah Manubulu (25) is "doing pretty well, all things considered", her boyfriend Helderman (24) says. His girlfriend was left with a swollen face, pain in her nose and ear, an open wound on her stomach and knees as well as various scrapes after the assault. Helderman says the incident was more emotionally traumatic, however, as she can't sleep at night because she is still scared. Manubulu, from Purmerend, was riding her bike on King's Night when she was pushed off her bike for no apparent reason. The culprit punched her in the face, causing her to fall to the ground. He then continued to punch her with both hands. She tried to flee, but stumbled. As she was lying on the floor the man beat her once more and also kicked her. Thanks to his Facebook message, two more victims announced themselves with a similar story to that of Manubulu. Both filed reports with the police. Helderman is not sure that it's the same culprit. "But the chance is very high, considering the location, the time and the type of deed. I have never experienced this in Heiloo." Helderman has not yet received useful information, but the police may know more as he is telling people to take their tips to the police. The police in Noord-Holland Noord do not yet want to make any information public. According to Helderman's Facebook post, the culprit is between 25 and 30 years old, is a caucasian, possibly Dutch man with a broad/muscled frame. He is about 1.8 meters tall with short dark hair and was wearing an orange t-shirt with short sleeves and dark trousers. He was on a black 'opafiets' bicycle with horizontal bar.