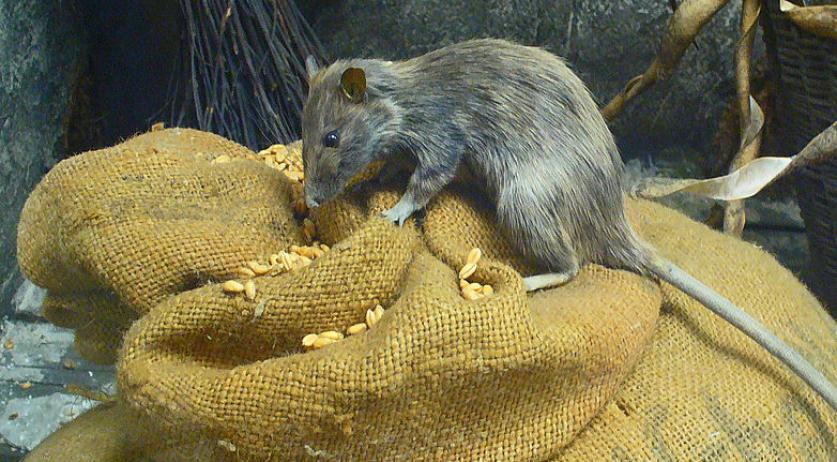 More rats than people in Utrecht

Residents of the Domplein are complaining about a rat plague. Other areas in Utrecht are also experiencing a rise in the rodent population. In Overvrecht, Kanaleneiland, Noordsepark and Majellapark. The cause of the high numbers of rats in the city are mostly sewage pipes, refuse and openings. According to the municipality, curbing the population asks for different treatment over and over. It is now thought that there are more rats in the city than people. According to Paul Baltus of the Domplein foundation, rats have always been in the area. The underground museum DomUnder may have something to do with their sudden manifestation in large numbers, but that doesn't mean they haven't always been there, Baltus says. The rats started moving when old sewage pipes had to be replaced. A lot of digging work might have set them off, as they usually hide in the pipes. To the discomfort of many residents, the rats have started hiding in homes instead. Residents want the municipalities to close openings and holes so that the rats have a harder time getting into houses. The municipality and the residents will talk on Thursday. In Overecht and Kanaleneiland, littering of food on streets is causing the rats to come out of hiding. Similarly, in Noordsepark and Pijlsweerd, leftover food is making for an easy meal for the rats. Nico Kramp, coordinator for pest control at the municipality of Utrecht thinks that faulty connections of the drainage pipes on the sewer and collapsed sewage pipes are at fault. "Rats can easily get under the houses to find shelter via broken drain pipe connections and collapsed tubes. As long as they can easily get under the houses, then the problem remains." The municipality says that barbecuers are the cause in Majellapark. "Not due to religious motives, but they freely leave leftover food behind and that attracts rats", according to spokesperson Rabius. Poisoning doesn't work, as it also affects other animals. "The solution lies in changing the behavior of the visitors." Animal Protection's Niels Dorland thinks that "rats belong with the city fauna. Just like blackbirds, frogs and pigeons", and their population must therefore not be controlled with poison. Rats can carry diseases, however, such as leptospirosis. Their gnawing can cause electric cables to short out. Animal Protection is emphasizing prevention rather than control. "Killing rats without prevention is mopping with the faucet open. For every dead rat, at least as many come back." The solution in the strife to decrease the rat population lies in hygiene, good maintenance and the isolation of houses. Animals such as cats and foxes in the rural areas must be left alone.