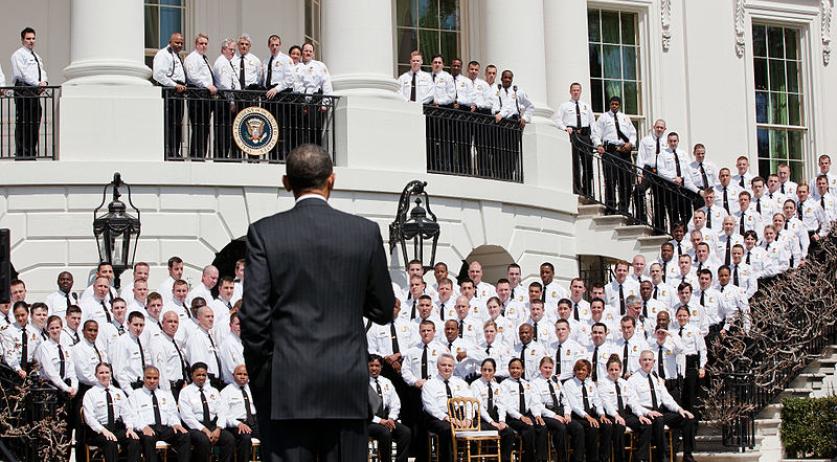 Three Secret Service agents employed to protect the American president in Amsterdam this week were put on administrative leave and sent home on Sunday after hitting the town for a few drinks, according to those in the know, the Washington Post reports.  According to sources, one of the agents was found drunk and passed out in a hotel hallway, which caused hotel staff to report the issue to the US Embassy in the Netherlands. In turn, the Secret Service managers on the presidential trip, including the agency director, Julia Pierson, were also alerted. President Obama was set to arrive the day after the agent was found intoxicated. Spokesman for the Secret Service, Ed Donovan, confirmed that the agency "did send three employees home for disciplinary reasons" on Tuesday, and that they were placed on administrative leave pending an investigation. This incident would not be the first time that the sauce played an integral part in the Secret Service's history of scandals. In Cartagena, Colombia in April 2012, a dozen drunken agents were discovered to have led a party of prostitutes back to their hotel before the president's arrival for an economic summit. In the Secret Service, it is forbidden to drink alcohol in the 10 hours before an assignment. The team members were scheduled for a classified briefing on Sunday ahead of the president's arrival on Monday. Drinking through the night on Saturday, then, violated that rule. Obama's arrival was paired with the arrival in Amsterdam of his security staff involving hundreds of US personnel from the Secret Service, the military, the State Department and other agencies, who were responsible for ensuring his safety in Amsterdam as well as The Hague, where the Nuclear Security Summit would host a series of high-stakes meetings. Obama would then travel on through Europe and Saudi Arabia. At the time of the Cartagena scandal, Obama was not impressed with the drunken philandering. "We're representing the people of the United States, and when we travel to another country, I expect us to observe the highest standards, because we're not just representing ourselves", he said. That incident caused the removal of 10 agents from their jobs, multiple federal and congressional investigations, and the amendment of rules to prevent any such incident happening in the future.