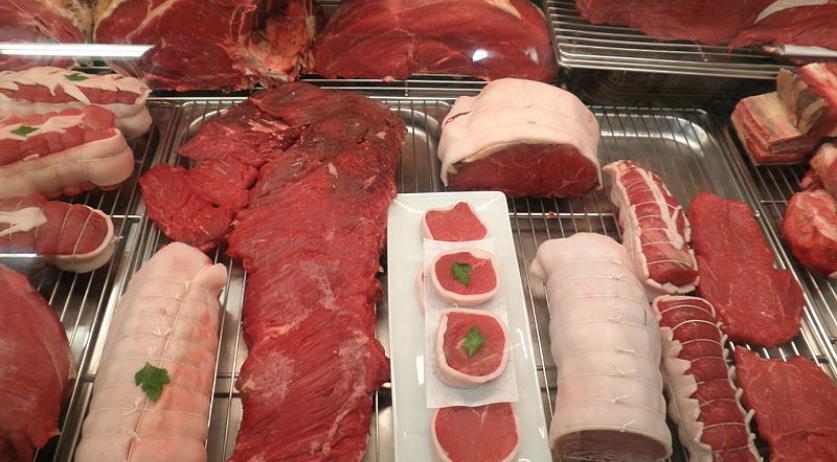 Safety of Dutch meat: not guaranteed

According to a new report from the Research Council for Safety, the safety of meat in the Netherlands is not guaranteed.  The report reveals that businesses in the country as well as abroad, aren't always clean. Researchers "observed many hygienic shortcomings" at slaughterhouses. Mixing horse meat in with other meat, or meat fraud, has also been seen despite the recent scandal. It is even an "underestimated risk", with "potentially damaging consequences for public health." It is more often the case nowadays that companies themselves are left to keep a controlled eye on meat production. The government is far too reliant on 'system controls' to be constantly vigilant. The meat sector is not, however, prepared to execute such controls themselves. This pulling back of public vigilance, then, was premature, according to the Research Council. Producers must also work together more, to keep an eye on each other. "Companies can sometimes break the rules years on end, while this is known in the sector", president of the Council Tjibbe Joustra writes. There is too much reluctance to report each other among companies. "It is 'not done' in the sector to correct companies who are taking irresponsible risks." Marcel van Silfhout, an investigative journalist who is currently writing a book about the meat industry, said in an interview with nrc.next that this rule-breaking is irresponsible. "The Netherlands is the second food-producer in the world. Our food goes around the world. And different rules apply everywhere. Thousands of protocols, directives and certificates cross each other. We have created an impossible hodgepodge for supervision" Silfhout says. A complication in the matter of food safety is that a possible figure of people becoming ill as a result of badly produced meat, is unclear. This "can take away the urgency to heighten the safety", the Council says. Heating the badly produced meat properly can also cause fewer consumer victims. The Dutch Food and Wares Authority (NVWA) is receiving criticism because the inspector has "too little knowledge and information to fight fraud effectively", according to the nrc. Companies also have to foot the bill for inspection and certification themselves. Inspection in the meat sector is expensive. An hour of veterinary services costs €135. The meat industry already pays out €60 million every year. The NVWA has been cutting costs in the last years. Last week, director general Harry Paul of the NVWA accused the meat sector of "blurring the norms." "Food in the Netherlands is still safe. But the incidents we come across, point to an extensiveness that is worrying", Paul said in an interview with the nrc. "Dutch meat belongs to the safest in the world", the Central Organization for the Meat Sector (COV) said in a reaction to the report. The Organization does not see a reason to change course. They also claim that improvements to quality is already happening. The COV wants to make meat production in the Netherlands more transparent for inspectors as well as consumers. The meat sector claims also to be working hard at promoting trust in food.