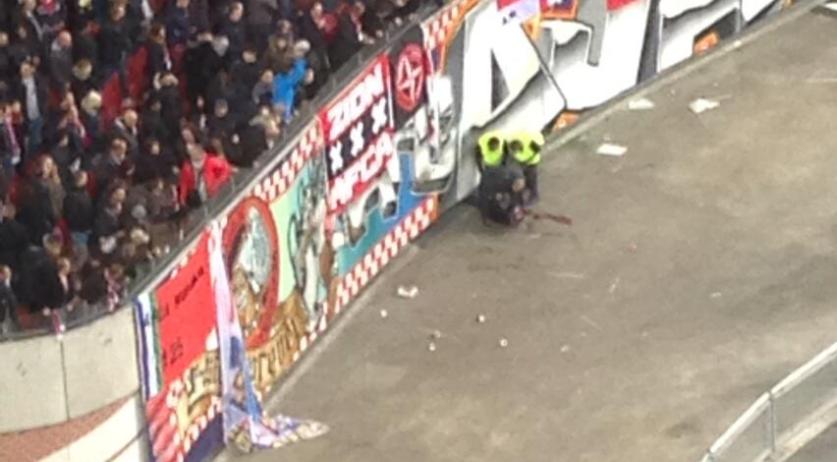 Fallen Ajax fan out of danger

The Ajax fan who fell from the stands during the match between Ajax and Barcelona, is out of danger, announced his family on the website of the Amsterdam soccer club.The fan remains in the Intensive Care for now. The 46-year-old Ajax fan sustained serious head injuries when he fell down a couple of meters, from the stands on the concrete ditch below, two weeks ago now. The police are still investigating the incident, but assume it was an accident.