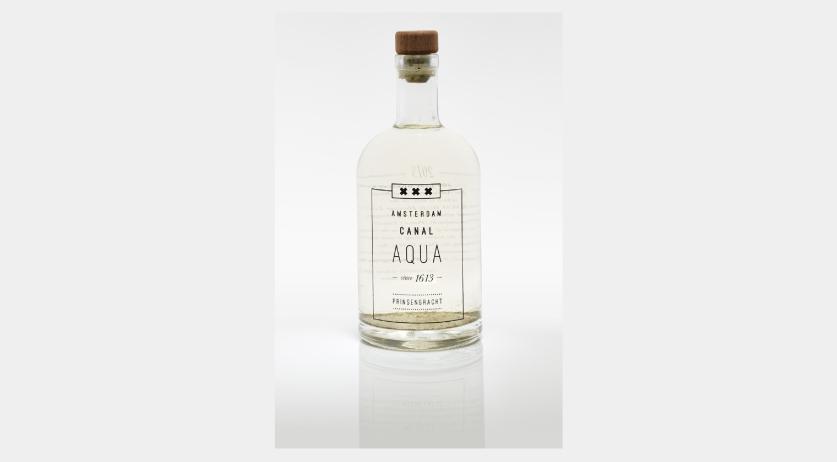 Limited edition bottles of water from Amsterdam canals are being marketed by an advertising agency in honor of the 400th birthday of the city's famous canal ring. Iris Worldwide created and designed the Amsterdam Canal Aqua bottles, each containing water from one of four different canals, just in time to commemorate the occasion.

"The project was inspired by the 400-year anniversary of the canals," said Glenn Doherty, an Art Director and Designer from Iris' Amsterdam office. The collector's edition bottles contain water from either the Singel, Herengracht, Keizersgracht or Prinsengracht canals.

Labels on the back tell a tale about the canal where the water was sourced. Speaking with the NL Times, Doherty says he came up with the project "really as a tribute to the canals."

Twenty bottles have been produced in the first edition, and more are expected to be made in short order. The office's Creative Director, Tom Ormes, also contributed as the copywriter. Those interested in purchasing the bottles should email amsterdamaqua@dscientific.com, Doherty says.

Construction began in 1613 on what is now the northwest side of the canal ring. 1,550 monumental buildings still line the canals, with the entire district landing on the UNESCO World Heritage List three years ago.