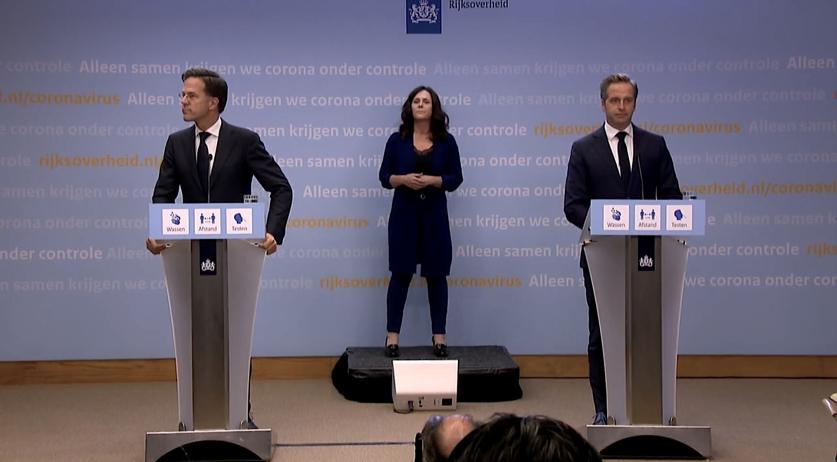 Over half of NL residents find quick lockdown relaxations irresponsible

54 percent of Netherlands residents think the cabinet was irresponsible and relaxed the coronavirus lockdown measures too quickly. A quarter think that the rapid relaxation at the end of June was reasonable. But support for further relaxation of measures plummeted since measures were tightened again on Friday, I&O Research found in a survey done for NOS.

Researcher Peter Kanne called public opinion very volatile. "A month ago, about two-thirds were in favor of relaxations. Now we see that almost 80 percent do not want to relax further or even want to tighten up. The mood changed completely," he said to the broadcaster. 37 percent want to maintain the current measures. 41 percent think that stricter measures should be implemented.

Younger people are more reluctant to implement stricter measures than older people, but even young people are hesitant about relaxing the lockdown further. Only 3 percent of young people said that the government should scrap lockdown all together.

Willingness to get vaccinated remained stable over the past week. 78 percent of Netherlands residents are now partially or fully vaccinated. 5 percent have an appointment to get their shot. And 1 percent said they'd "probably" get vaccinated. That would bring the Covid-19 vaccination rate to 85 percent, close to the RIVM estimate of 87 percent.

About one in six Netherlands residents have not yet made an appointment to get vaccinated. 12 percent said they'll probably or definitely not get vaccinated. Of this group, 63 percent said it is because they do not know what the long-term effects of the vaccine are. Half of this group is between the ages of 25 and 49 years and has a vocational education, according to the researchers.

The vast majority of Netherlands residents will avoid code orange (88 percent) or code red (93 percent) countries when making holiday plans. 7 percent have no problem vacationing in countries where the coronavirus situation is out of control. These are usually people between the ages of 35 and 49 who live in the large cities and have a high income, the researchers said.