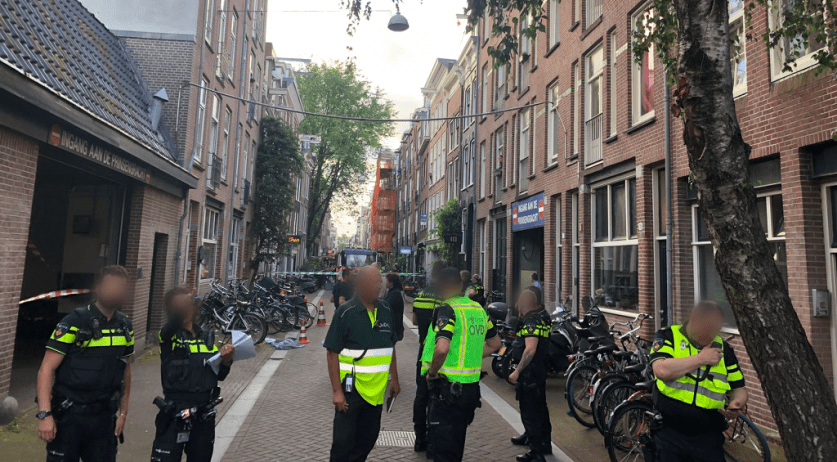 Police in the Netherlands said that a 35-year-old Polish man living in Maurik and a 21-year-old man living in Rotterdam were the two men arrested in a getaway car for the shooting of celebrated crime reporter Peter R. de Vries. The 64-year-old was shot in the head on Tuesday evening near a parking garage on Lange Leidsedwarsstraat after appearing in a segment on television show RTL Boulevard.

No update was given on the journalist’s medical condition. He was transported to a local hospital in critical condition. Amsterdam Mayor Femke Halsema said hours later that he was “fighting for his life.”

The two men will be arraigned for the violent crime on Friday, police said. They were being kept in restrictive custody, and were not allowed contact with each other, or anyone else except their legal representation.

The suspects were arrested on the A4 highway after police and the Marechaussee stopped their silver Renault Kadjar near Leidschendam. “During the evening and night, house searches were carried out in Tiel, Maurik and Rotterdam. Various data carriers and ammunition were seized there,” police said. Earlier on Wednesday, De Gelderlander reported that the suspects were from Tiel and Maurik.

Shortly after the shooting, an 18-year-old Amsterdam man was also taken into custody in Amsterdam Oost. He was held because he matched the physical description of a suspect given in a witness statement.

”He was released today and is no longer a suspect in this investigation,” police said in the update late Wednesday morning.

Police also again asked that anyone who saw something suspicious in the Leidseplein area, or who happens to have video from near the crime scene, to contact them directly. The police thanks everyone who has shared images with the detectives and all the tips they have received so far,” authorities said.