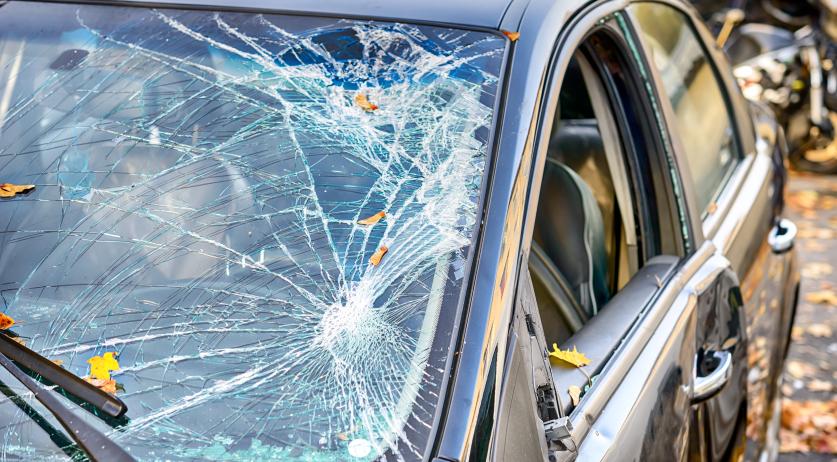 The company Carsmash has set up a special site in Vijfhuizen offering people a chance to release their pent-up frustrations. Visitors to the Noord-Holland village attraction can relieve their pandemic stress and anger by smashing cars and destroying other different objects, De Volkskrant reported.

The so-called 'rage room' or 'demolition room' is a phenomenon that originated in Japan around 2008 and came to the Netherlands via the United States. There, entire kitchens are built that customers can smash to smithereens. Sometimes they are allowed to bring their own belongings to destroy.

At the demolition site in Vijfhuizen, a special route has been set up allowing visitors to vent their rage for as little as 25 euros. It starts with smashing cups and plates on six stacked cars defaced with text such as 'curfew' or 'work from home'. In the next part, visitors frustrated with working from home are able to unleash their anger by breaking a printer or a monitor.

"I strongly believe in active meditation and energy release. You should always smile and be nice in ordinary life. While anger and frustration are also normal emotions. Why do you always have to put a brake on it?" one visitor said to the newspaper.

The founder of the project is Merlijn Boshuizen, who approached the owner of the De Liede scrapyard three years ago with his plan. He explained that people visit the attraction for different kinds of reasons. Recently, a healthcare worker visited with her boyfriend to experience stress relief caused by the pandemic. More often it is groups that enjoy themselves at bachelor parties.

"But there was also once a woman who had lost her husband and who wanted to deal with that loss with her friends in this way. She put on music from the wedding," said Boshuizen.

Visitors are also given the chance to write words on cars prior to smashing them. ‘Face masks’, ‘curfew’. ‘lockdown’ are popular answers. One visitor was left by his partner, lost family and friends to illness before suffering from burnout at his job. ‘Heartbreak’, ‘Alzheimer's’ ‘cancer’, ‘panic’ are the words he sprayed on a car.

"Lovely. I didn't think this would feel so satisfying," he said as he smashed the car side mirror off with a hammer.