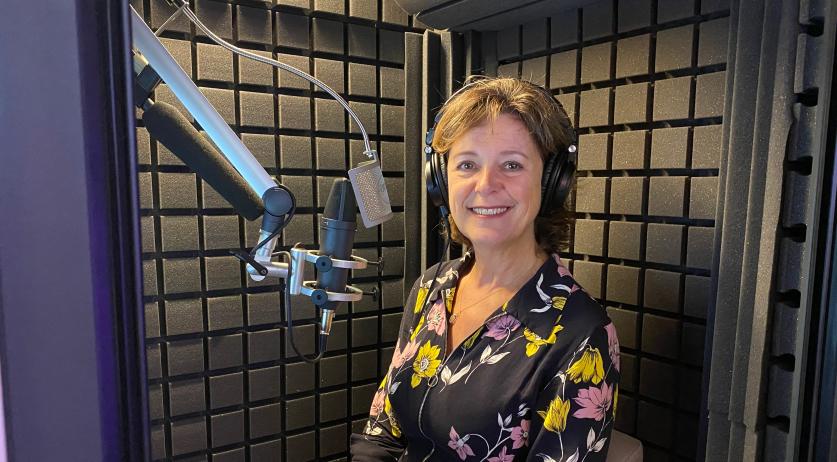 At the end of this year, the usual “Dear passengers, welcome on board the Intercity to Amsterdam Central”, is getting a new voiceover for the first time in 25 years. The NS chose professional voice actress, Karin van As as the new voice for their broadcasting system. “The new voice of the station, it is actually unbelievable. I think it is very special”, Van As said.

By 2022 her voice will be delivering information about scheduled departures, delays and any other announcements at all train stations and platforms throughout the country. At the stations, Leiden Lammenschans and Soest-Zuid passengers have already been able to hear her voice since Wednesday.

"We based our selection on several dozen professional voice actors and actresses", a NS spokesperson said to the NL Times. Van As's voice was evaluated by a team of NS travel information experts. "We paid particular attention to whether the voice matches the atmosphere of the stations, is easy to understand and sounds friendly."

Based on travelers ratings in an MRI research, Van As's voice was shown to soften negative emotions. Travelers stated that they appreciated her voice and that it was pleasant to hear. Her voice was also said to stand out which is an important quality for a broadcaster’s voice.

This means the NS will gradually say goodbye to the previous broadcasting voice from Tuffie Vos. Her voice was first heard in 1996 at the Zwolle train station. By 2005, her voice could be at all stations in the country. It is estimated her voice has been broadcast a total of 2.5 million times in the past 25 years.