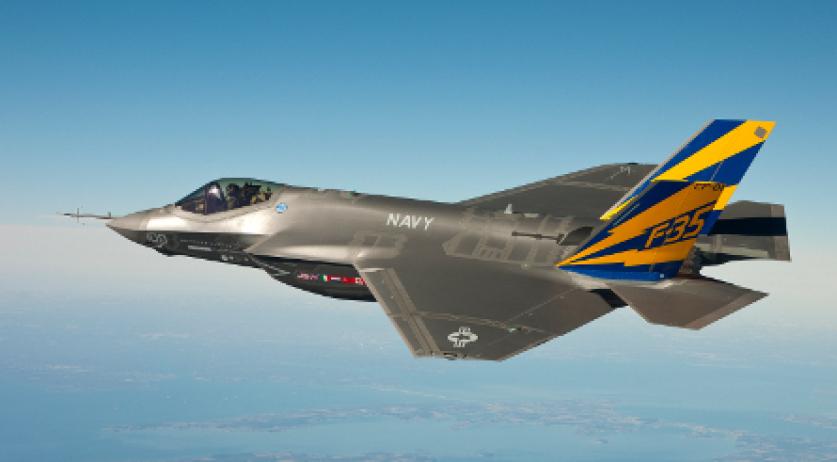 Since the arrival of the F-35 fighter jets in October 2019 at the military airbase in Leeuwarden, increasingly more Frisians have become annoyed by the loud drone of the airplanes. It appears that not only residents who live close to the airbase suffer from noise pollution, but also inhabitants from places further away such as in Dronryp, Wyns and Aldtsjerk are disturbed by the jets, Omroep Fryslan reported.

PvdA members raised the issue this week in Parliament.

More than three-quarters of Frisians said they have heard the noise of the fighter jets, despite the Ministry of Defense officially adhering to the decibel limit. Strikingly, not only people from Blessum, Denium and Lukkum, the villages close to the airbase, are bothered by the noise. Over 40 percent of residents from Harlingen which is located 30 kilometers away said they also experienced “very serious nuisance” due to the fighter jets.

Participants in a survey commissioned by Omroep Fryslan said the jets startled children and animals and are a huge inconvenience when working from home. Some people said they suffered from psychological repercussions, such as insomnia, stress, anger and nervousness.

Despite the growing frustration, only 80 percent of participants in the survey filed a complaint to the Military of Defense. Many feel it is pointless to reach out.

Noise expert at the University of Groningen, Tjeerd Andringa, emphasized the importance of filing a complaint. “Yes, file a complaint but don’t just keep it at that. Make sure, the complaint is not ignored," Andringa said. The sound expert said that the residents can and should demand that aldermen and policymakers listen to their complaints.

“Noise nuisance affects the quality of life and that should be the topic and not whether the government adheres to noise standards.”

The Frisian PvdA MPs Habtamu de Hoop and Kati Piri posed questions in Parliament this week concerning the noise nuisance. They wondered how it is possible for a large percentage of the residents to suffer from the noise of the F-35 fighter jets, yet the Ministry of Defense says it is still following official guidelines.

The MPs were hoping for a reevaluation of the noise standards.