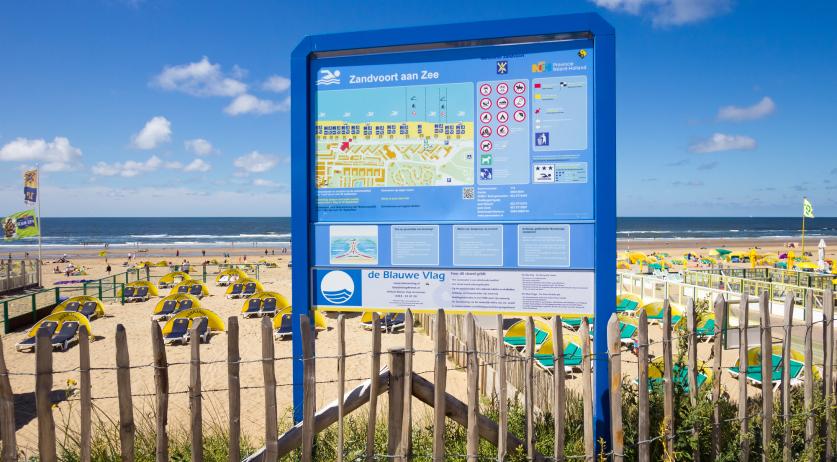 Over 100 people involved in brawls at Zandvoort beach

Between 100 and 150 beachgoers were involved in several fights on the beach of Zandvoort on Monday evening. At least three people were injured by flying glass, police said, and two people were arrested.

A witness said that what started as a series of small fights quickly turned into large-scale violence. According to the police spokesperson, a number of younger beach visitors were behaving in an extremely annoying manner around 8 p.m. "There was a scuffle here and there, in varying compositions. With each other, but also with bystanders," NOS reported.

Police said most people complied, but a 29-year-old Amsterdammer was taken into custody. "After the Amsterdam resident was arrested, the atmosphere on the beach changed and several people turned against the police. Glass was thrown at the police and the officers felt compelled to stand in line to keep the beach visitors at a distance," police said in a statement.

Some people were injured and treated at the scene, and others were treated at a doctor's office.

Two hours later, police went to a location where a woman was accused of throwing a bottle at someone's head. They arrested the 29-year-old woman from Amsterdam for assault, and a Velserbroek man filed a criminal complaint against her. He was uninjured as he was wearing a helmet when the bottle struck his head.

Also at about 10 p.m., police cleared the beach about four kilometers away at Bloemendaal when tensions started to rise.

Between all three incidents, police eventually escorted between 100 and 150 people to the station, NOS reported. "We filtered out a very annoying group among the other beach-goers," said the spokesperson. They added that not all of the people were involved in the disturbances.

There was also nuisance in Noordwijk, reported Omroep West. A spokesperson said several hundred young people gathered at the beach for a celebration. "Laughing gas and alcohol were used and at a certain point the atmosphere changed."

The group of youngsters was sent home by the police around 11 p.m. Peace returned to the Noordwijk shortly after that.