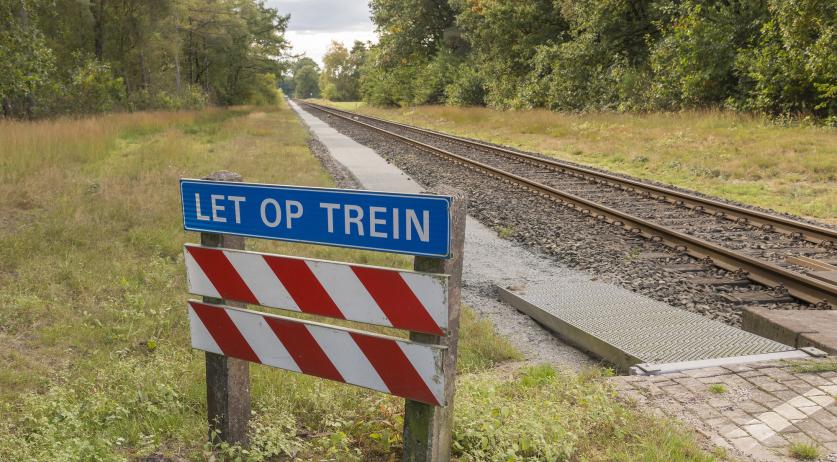 Parties in the Tweede Kamer think unguarded railroad crossings must be made safer, and they are disappointed at the slow pace the Cabinet has approached the problem. Stientje van Veldhoven, the caretaker State Secretary of Infrastructure, already promised to tackle the issue, but some parliamentarians argue that steps need to be taken faster, Nu.nl reported.

In March this year, rail companies NS and ProRail announced that they would immediately boost safety around 28 crossing points. These crossings were deemed high-risk due to a large amount of heavy traffic. Six crossings were then closed and four crossings had maximum speed limit for trains reduced to 90 kilometers per hour.

The measures followed an investigation into a fatal accident at Hooghalen in Drenthe this May. A driver of a passenger train was killed after colliding with a tractor at an unguarded railway crossing.

Then ten days ago, a 79-year-old man and woman from Schagen were driving a car over an unguarded level crossing in Bozum, Friesland. The car was struck by an oncoming train and dragged for a hundred meters. The two died instantly.

PvdA MP Habtamu de Hoop called the accident "a painful reminder that we must get rid of unguarded railway crossings as soon as possible." He argued on Tuesday that the Dutch Safety Board (OVV) already said in 2018 that the crossings constituted an "unacceptable danger".

In response to the debate, Van Veldhoven said that 75 of the 180 publicly accessible crossings have already been tackled and "dozens" of safe crossings have also received additional security. However, the work is sometimes "complex" and takes a long time.

She said that legislation to move things along will be sent to Parliament "shortly after the summer". She also says that "extremely hard" work is already being done to secure railway crossings and that she will speed up the operation if she sees room for it.

Van Veldhoven has held her position since the start of the third Mark Rutte Cabinet on October 26, 2017.

Various parties also urged for the railroad infrastructure firm ProRail to be able to unilaterally decide that a level crossing needs to be additionally secured. As of right now, the organization is often still dependent on municipalities or private individuals on whose territory the crossing is located.