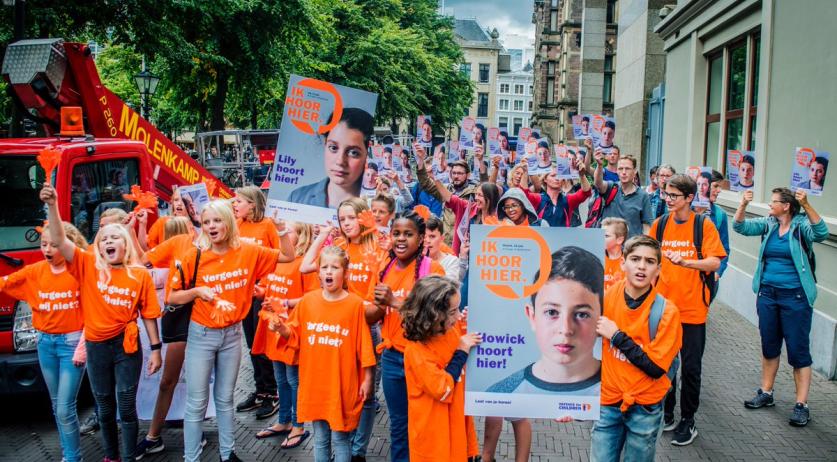 Kids still at risk of deportation, despite extended children's pardon

Over a hundred child asylum seekers who have been living in the Netherlands for five or more years are still litigating against the rejection of their residency permits, despite the Dutch government extending the children's pardon in 2019. At least six of these kids are currently in danger of being deported, civil society organizations said to newspaper Trouw. Despite the government's promise of leniency, these kids are still faced with far too strict regulations, the organizations said.

In 2019, after a great deal of political unrest and wrangling, the Dutch government decided to extend the 2013 children's pardon for children rooted in the Netherlands. The government also promised more leniency. Instead of the requirement that families had to have cooperated with immigration and naturalization service IND on their departure in the past - a requirement that had many appeals to the first version of the children's pardon rejected - families now had to be available for possible departure. Basically, their whereabouts had to be known to the government.

But according to Trouw, the six children currently at risk of deportation all had their appeals for a residency permit rejected due to this "more lenient" requirement. All of these kids have lived in the Netherlands for more than five years. They attend school here, are known by the Youth and Family Center, and by the school attendance officer. Some of them live in municipal shelters. Four of them are even known to the mayor of their home town. But the IND considers this insufficient, saying the families had to be monitored by the IND itself, by asylum seekers' reception agency COA, by the Repatriation and Departure Service, or by the Aliens Police.

John van Tilborg, director of aid organization Inlia and who was closely involved in the general pardon of 2007, is confused about why the IND now won't accept municipalities' monitoring of child asylum seekers. The 2007 pardon helped some 27 thousand asylum seekers get residency in the Netherlands. "Mayors then confirmed that these people lived in the Netherlands all that time. Now that it's about children, the most vulnerable, the mayor's word is suddenly worth nothing," he said to Trouw.

Figures from the Ministry of Justice and Security from February 2020 showed that 312 families had their residency permit application rejected, the newspaper wrote. 43 of these rejections were because the IND said the families were not in the government's view. Defense for Children told Trouw about another 100 to 150 children who were rejected because of strict rules "that ignore the interests of the asylum children".