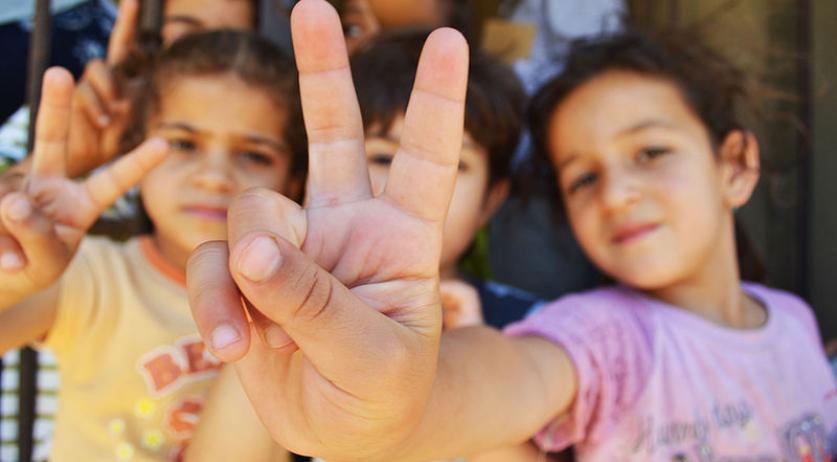 The four coalition parties reached a compromise on the children's pardon, a topic that caused conflict among the parties for the past two weeks. The rules will be relaxed for the "existing cases" of asylum children and their parents who are rooted in the Netherlands, like the CDA, D66 and ChristenUnie wanted. And after that the children's pardon will be abolished, like the VVD wanted, NOS reports.

"What we have done is build a system for the future where you do not give people hope for a residency permit who should not have hope", State Secretary Mark Harbers of Justice and Security, responsible for Asylum, said. "You have to resign yourself to what the judge decides and not think that because your case gets  lot of attention afterwards, you will still be allowed to stay." He believes that this will make it less attractive for failed asylum seekers to stretch out their procedures.

There are currently 700 asylum children who have become rooted in the Netherlands without a residency permit. This entire group will be reassessed. According to NOS, the expectation is that 90 percent of them will be allowed to stay, along with their parents. That comes down to a total of 1,300 children and adults. In the long term, once these cases have been handled, the children's pardon will be scrapped.

An exception can still be made for extenuating circumstances, but this power will move from the State Secretary of Asylum to the head of the Netherlands' immigration and naturalization service IND. Harbers emphasized that only at the start of the asylum procedure, up to and including a possible appeal, will it be tested whether extenuating circumstances play a role. "If the it is judged in the first application you do in the Netherlands that no other circumstances play a role, you have to accept that", he said, according to NOS.

The IND will also receive 13 million euros to increase the speed of asylum procedures in the future, so that no new group of asylum children can become rooted in the Netherlands with no hope of staying. As this new agreement also means that more people will be allowed to stay in the Netherlands, the Netherlands will take in fewer asylum seekers from United Nations organization UNHCR. This voluntary intake of people from war zones will be reduced from 750 to 500.

"We had to find a new balance and I think we succeeded", VVD leader Klaas Dijkhoff said to NOS. "If you decide you want to change the coalition agreement, there will be a lot of talk. The tone was pleasant and it was all about content, but you know what's at stake."

ChristenUnie leader Gert-Jan Segers called the agreement a "win for all those children who have been living in uncertainty".

D66 leader Rob Jetten is happy that "we can clearly offer perspective for the children. We also have a better system for the future and that was give and take for everyone."

CDA leader Sybrand Buma called this compromise good for the future of the Netherlands' asylum policy. "The system is being tightened up, so that their are no new cases again." According to him, there is now every reason to cooperate with the asylum procedure from the start. "We have reached a balanced agreement."

And the agreement was reached just in time. The Tweede Kamer, the lower house of Dutch parliament, will debate the children's pardon on Wednesday.