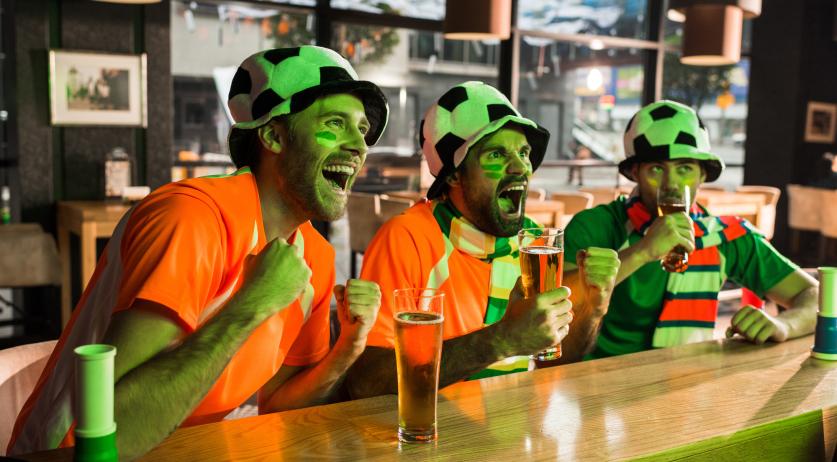 When the Cabinet moves forward with its next step of lockdown easing it should also give explicit permission to allow football fans to watch Euro 2020 matches on video screens on outdoor terraces, said Herbert Bruls. The chair of the Security Council, who is also the Nijmegen mayor, said he believes it is still too early for events where football fans can watch the games together on large screens in public spaces.

Bruls met with representatives of the 25 security regions on Monday evening. He expressed support for the rumored extensive lockdown easing on June 26, but without explicitly endorsing it. "Generally, if there is no longer a virological reason for you to impose restrictive measures on society, then you must stop it immediately," says Bruls.

"You should not keep measures in force if there are no good arguments for it. And those arguments can only lie in the health sphere," he stated.

Bruls was concerned about possible mass gatherings and illegal parties this summer. In Nijmegen alone, there were several gatherings in parks last weekend which attracted hundreds of young people, De Telegraaf reported. The mayor feared nuisance and incidents over the summer to manifest as long-term lockdown effects.

“This summer it's give and take. We have to accept that people, especially young people, have a need to go outside. There's going to be a nuisance. I find it a big challenge to keep that in check,” he said.

"After months of sitting inside, this is bound to happen. We're going to continue to suffer from that for a while," said Bruls.