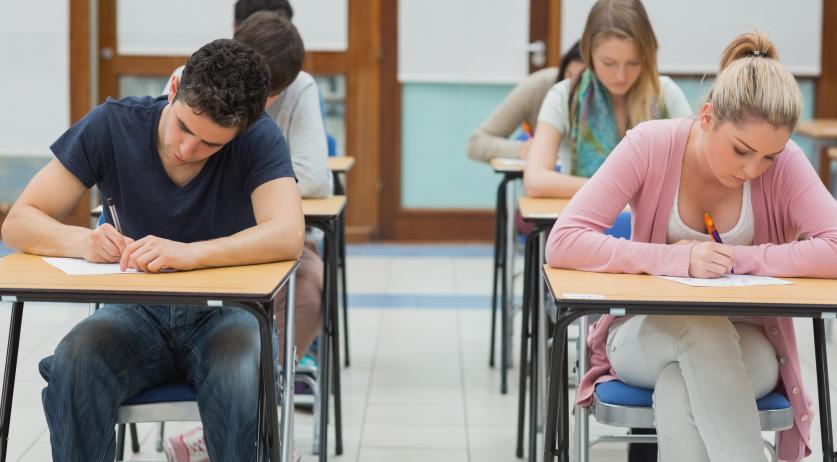 PostNL may have lost final exams from dozens of students

This story was updated with the minister’s decision not to force affected students to retake an exam.

The final exams of 150 secondary school students were lost or mishandled by PostNL. The students attend three schools in the Netherlands, the Ministry of Education confirmed.

The exams were to be graded twice and were lost in transit between the first marker, the students’ teachers, and a second independent grader.

Under a normal situation, the students would have to retake the exams. “Last year was a special year because of the coronavirus. I don't want students to become the victims of something they can't do anything about after such a tough year,” said Education Minister Arie Slob.

“That is why I am allowing a one-time exception, and students do not have to retake the exams if their exam is lost.” Students who are displeased with the first market’s score may retake the exam.

The exams from nine other schools were also delayed, but they were located on Wednesday. The Ministry of Education did not want to say which schools are affected by the problems at PostNL.

One of the schools involved was Van Maaerlant in Den Bosch. The final math exams for 44 students have disappeared, and were not delivered to a second exam grader. "We have not heard anything from PostNL yet," a school spokesperson told Omroep Brabant earlier in Wednesday.

About 1,170 secondary schools have completed the final exams and the second correction. Each exam must be reviewed twice, once by the student’s own teacher and by a teacher from another school. The exams are exchanged via post.

"They are somewhere in the process but are yet to emerge. We are searching with all our might," a PostNL representative told NOS. The delay is due to the time pressure that has arisen because the exams amid coronavirus were different in other time periods. According to the company, the shipments of exam mail were larger than expected and the time to deliver the exams to a second teacher was shorter.

If the lost exams do not come up, some students were initially told they would be forced to retake exams. Nienke Luijckx, chairman of the student union LAKS, said on the NPO Radio 1 Journaal that a huge number of concerned students have approached the organization over the issue.

"They are in suspense. Some have been in Mallorca in recent weeks because they assumed they were done. They have not at all prepared to retake one or more subjects," said Luijckxx.