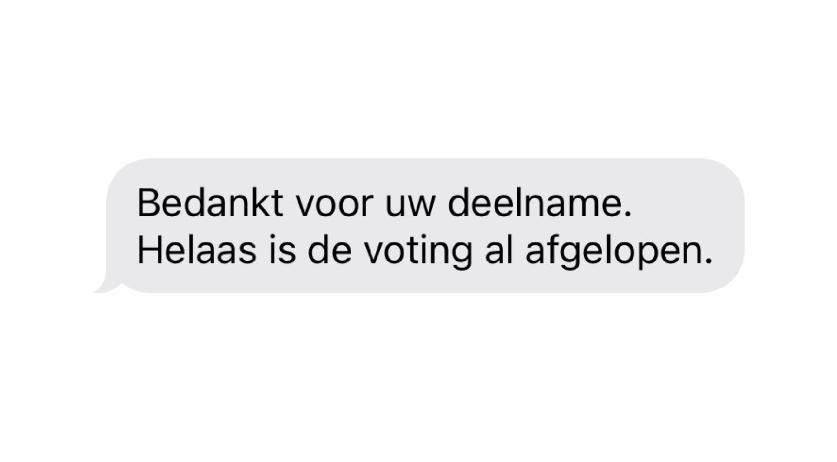 An SMS reply some Eurovision voters in the Netherlands received indicating their votes were not counted. 23 May 2021 - Source: NL Times at NL Times - License: All Rights Reserved
Entertainment
T-Mobile
Eurovision
Ahoy Rotterdam
Rotterdam
Share this:

T-Mobile to refund people whose Eurovision votes were not counted

Several hundreds of T-Mobile users whose votes went uncounted during the Eurovision final will get a refund for SMS costss, the company’s spokesperson told newswire ANP.

On May 22, a number of Eurovision fans who cast their vote within the designated time frame received a reply text message saying, “Thank you for your vote. Unfortunately, the voting has already ended.”

The European Broadcasting Union (EBU) later stated that an issue at ”one of the Dutch mobile telecom providers” caused part of Dutch public votes not to be processed in time. The provider in question later turned out to be T-Mobile.

The telecom firm stated they have not yet discovered what caused the issue. With the investigation still ongoing, the company opted to pay back all affected users. T-Mobile did not indicate how many people in total this concerns.

“We are sorry for any disappointment this has caused, but the EBU had no control over it”, the organizer of the contest stated following the final.

Italian band Måneskin became the 65th Eurovision winner during the competition hosted at Ahoy Rotterdam. This was due in large part to the public vote.