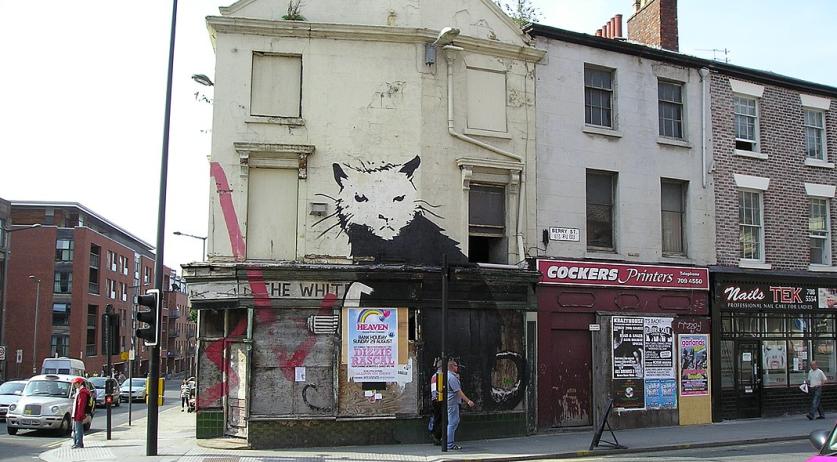 Banksy’s Whitehouse Rat auctioned off for €380,000 in Zwolle

A famous mural by British street artist Banksy was sold for 380 thousand euros at an auction in Zwolle on Wednesday. It was the largest work by the artist that has ever been offered for auction, a spokesperson for auction house Hessink's told RTV Oost reported.

The mural named 'The Whitehouse Rat' stands over three meters tall and weighs more than 500 kilograms. It was lifted off the building by a crane and transferred to the Netherlands in April. The art piece will now again be making the trip across the North Sea back to England.

The artwork is the largest known image Banksy has ever left in public space. It was originally spray painted on the wall of the former pubThe Whitehouse in Liverpool back in 2004. The piece was taken down in 2011 in an effort to preserve it.

The original rat depicted was about nine and a half meters high and six meters wide. "But the bottom part of the animal was painted on wood, and that wall has not survived the ravages of time," said auctioneer Richard Hessink.

The winning bid was given by an English man. In addition to this masterpiece, more pieces from the Bristol street artist were also offered in Zwolle. Banksy’s artwork ‘Secured’  featuring a security guard with a mustache with the slogan reading 'secured by sleepy migrant workers on minimum wage' raised 170 thousand euros.

Artworks by Banksy have only been auctioned twice in the Netherlands before, both times by Hessink’s Fine Arts Auctioneers in the Overijssel capital. At these earlier auctions the most bid was also 170 thousand euros.