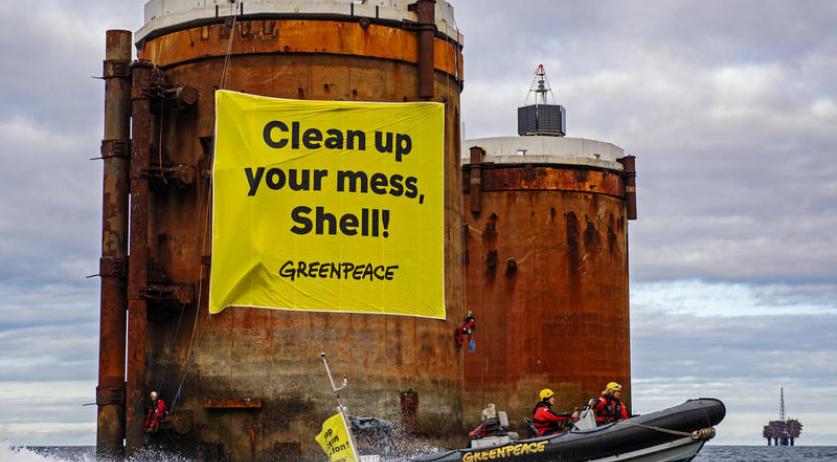 The District Court in The Hague issued a landmark ruling ordering multinational oil and gas company Shell to drastically cut its carbon dioxide emissions by 2030. The court ordered the British-Dutch company to reduce net emissions by 45 percent compared to 2019 levels. This gives Shell more room to achieve its goal by also using strategies which compensate for expelled emissions, such as carbon capture and storage or reforestation.

The reduction is based on the emissions directly caused by Shell as a business, and not by the use of the fuel it sells to businesses and consumers. Shell was ordered to demonstrate it is making its best efforts to meet the target set by the ruling. The ruling affects all companies and legal entities that Shell "commonly includes in its consolidated annual accounts" which together comprise of the Royal Dutch Shell group, the court stated.

"It is an established fact that the Shell group cooperates with national governments and international and national organizations in the area of dangerous climate change, that it subscribes to the climate goals of the Paris Agreement, and that it has expressed support for the Green Deal, the Dutch Climate Agreement and the goals of the Dutch Climate Act," the court said. However, it sided with the argument brought by complainant Milieudefensie that emissions produced by Shell are expected to rise higher "in part due to its growth strategy for oil and gas activities" over the next decade.

The court was also critical of Shell's plans for becoming more environmentally sustainable, saying that the firm's goals are "rather intangible, undefined and non-binding plans" taking the company through 2050. The company's own disclaimer notes in investor documents also show that the company's emissions reduction plans are flexible and undefined.

"Milieudefensie et al. would like RDS to do its part and ensure that the CO2 emissions attributable to the Shell group are reduced. This is in line with the broad international consensus that each company must independently work towards the goal of net zero emissions by 2050," the court said.

At the end of 2019, the Dutch State was also ordered to reduce greenhouse gas emissions. The Supreme Court sided with climate organization Urgenda's argument that a failure to enact policy to cut emissions by 25 percent in comparison to 1990 was a "violation of human rights by the State."

The same issue was raised in the case against Shell. "The serious and irreversible consequences of dangerous climate change in the Netherlands and the Wadden region ... pose a threat to the human rights of Dutch residents and the inhabitants of the Wadden region," the court ruled on Wednesday.

Milieudefensie was joined by Greenpeace, Both Ends, Actionaid, and Jongeren Milieu Actief, as well as a nonprofit group against fossil fuel use, and a national association that supports the preservation of the Wadden Sea region. Some 17,379 people also filed claims against Shell as part of an initiative from Milieudefensie, the Dutch arm of Friends of the Earth. Their claims were considered inadmissible in the ruling.

It is the first known case where a local court has issued an order against a multinational energy company to reduce its emissions. Royal Dutch Shell is officially headquartered in The Hague.