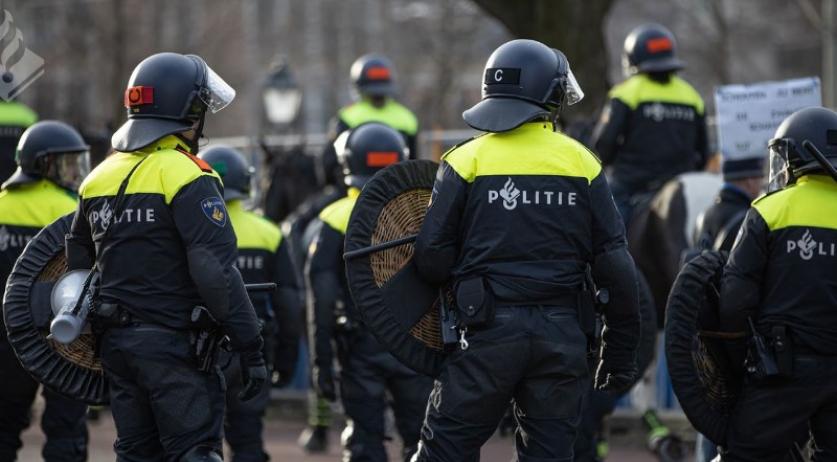 Riot police at an anti-lockdown protest at the Malieveld in The Hague, 14 March 2021 - Source: Politie at Politie
Crime
Palestine
ME
Gaza protest
coronavirus measures
Share this:

Pro-Palestine protestors in Utrecht released, one person still in custody

The roughly one hundred people that were arrested on Friday during a pro-Palestine demonstration at the Jaarbeursplein in Utrecht have been released again. Only one person remained in custody for throwing stones at a police officer.

All demonstrators who were arrested received a fine from the public prosecution service.

The protestors were arrested for violating an emergency order against public demonstrations.

The municipality intervened in the demonstration after the Jaarbeursplein became too crowded and participants did not adhere to coronavirus measures. Many demonstrators remained at the square despite multiple calls from officials to disperse at which point the riot squad arrived to remove the demonstrators from the square.

More than 100 arrests were made in Lombok after a group of protestors gathered near the mosque on the Kanaalstraat.