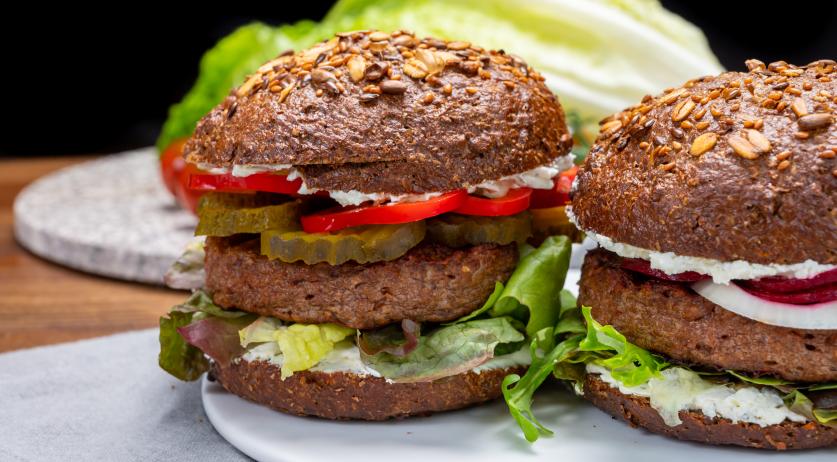 Dutch are biggest consumers of meat substitutes in Europe

The population of the Netherlands is the biggest consumerof meat substitutes in Europe, a research by non-profit organization ProVeg showed. Despite the Dutch also spending more on meat alternatives than other Europeans, domestically it only counts for about 2.5 percent of the value of the meat market, NOS reported.

"The results are surprising. We already knew that the Netherlands is one of the leaders, but not that we also eat the most meat substitutes in Europe per person," says Pablo Moleman, co-founder of the organization ProVeg. The research looked at eleven European countries with the largest markets for meat substitutes.

It showed that the Dutch spend an average of 17 euros per person per year on meat substitutes, and eat about 870 grams of meat substitutes per year. The market share for plant-based dairy is a bit higher, with sales of vegan cheese having increased by 400 percent in the past two years.

Remko Vogelenzang is the director of the Bobeldijk Food Group, which started as a butcher shop but grew into a producer of meat alternatives. He spoke to NOS about the growing popularity of plant-based meat, saying, "We have seen an increase in meat substitute production of 20 to 30 percent per year in recent years."

According to Vogelenzang, meat alternatives are by far most popular with younger consumers. The trend has only been accelerated by the coronavirus pandemic, he stressed. "Some people have become concerned about factory farming and come to the conclusion that a pandemic is caused by humans, specifically in the way we interact with animals," he explained.

Despite the rise in popularity of meat substitutes in 2018 and 2019, meat consumption in the Netherlands has also increased. On average, about 39 kilograms of meat was eaten per capita during the two full pre-pandemic years.

Wageningen University & Research previously speculated that 2020 figures would likely be smaller because the lockdown has kept restaurants closed for months.